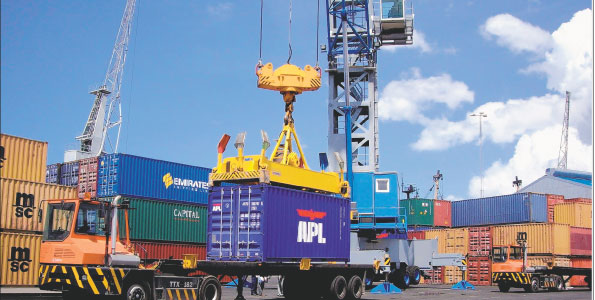 Under the contract CHEC, a subsidiary of the state-run China Communications Construction Co Ltd, will build a roll-on, roll-off (ro-ro) terminal and deepen and strengthen seven berths at Dar es Salaam port. The contract is financed by a World Bank loan.

Speaking during the signing of the contract Mr Makame said thatTanzania hopes expansion of the port will increase container throughput to 28 million tonnes a year by 2020 from around 20 million tonnes currently.

“Deepening and strengthening of the berths will allow big container ships to dock in Dar es Salaam. All these efforts are being done in order to increase competitiveness of the port,” he said.

The latest development comes in the wake of big gas finds in Tanzania and oil discoveries in Kenya and Uganda that have turned East Africa into an exploration hotspot for oil firms. However, transport infrastructure in those countries has suffered from decades of under-investment.

Tanzania said in January it will receive a $305 million loan from the World Bank to expand its main port, where congestion and inefficiencies are hampering service delivery.

The World Bank said in a 2014 report that inefficiencies at Dar es Salaam port were costing Tanzania and its neighbours up to $2.6 billion a year.

In 2016, Tanzania announced that it was constructing the biggest port in East Africa, but it was later cancelled due to funding problems. Tanzania also said it was shifting focus on improving the capacity, performance and efficiency of the Dar es Salaam and Mtwara ports.