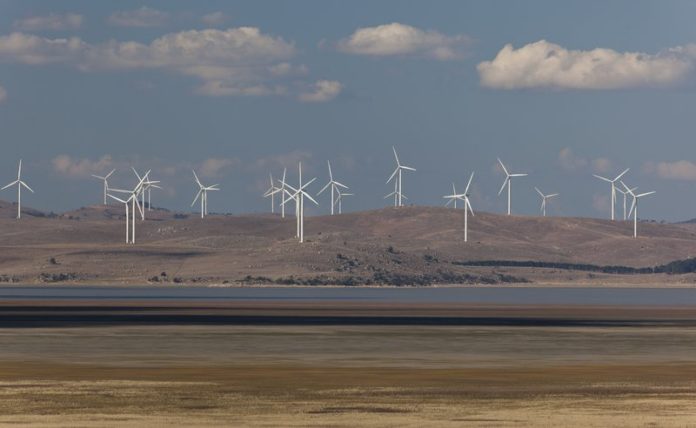 A new Atlas released recently at the World Economic Forum that was held in South Africa underscores the need to increase investment in green energy production in Africa.

The Atlas launched by African Development Bank and UN Environment, reveals that Africa has the lowest energy consumption in the world.

But transformational projects such as the Noor solar power plant at Morocco and Lake Turkana wind farm in northern Kenya is a good example on how private investment across Africa can be unlocked to strengthen sustainable energy generation.

Lake Turkana Wind project for instance, is expected to generate around 20 per cent of Kenya’s power and provide 300MW of reliable, low cost wind power to the country’s national grid.

“The Lake Turkana Wind Power project is in a truly unique environment, with a unique wind resource. This whole process is the culmination of a project on a scale that has not been done anywhere else in the world,” says Phylip Leferink, general manager.

Largest private investment
The project located in remote northern Kenya is the largest ever private investment in Kenya and includes 365 wind turbines, each capable of generating 850 kW, as well as associated power and road connections.

Currently in its final stages of construction, largest single wind farm in sub-Saharan Africa will support economic growth across Kenya by helping to ensure power supply during periods of peak demand.

The project will reduce reliance on hydro-electricity that often becomes unreliable during the dry season and reduce the need to import unpredictably priced petroleum.

Technicians working on the 40,000-acre wind farm in Marsabit mounted the final blade on the final turbine of the 365–turbine-project on Friday last week.

A sub-station where power from the wind farm would be connected is nearly complete with transmission line also in a similar stage.

Lake Turkana Wind Power contracted Vestas to set up and install the turbines four years ago.

The investment for the Northern Kenya wind farm is worth Sh70 billion.

The foundations were completed last year and the first turbine was erected in March 2016. By October 2016, the firm had installed 155 of the 365 turbines. The project was scheduled to be complete by June 30.

The first section of the wind farm, comprising 119 turbines ( 101MW) and the associated 33kV overhead line (OHL), substation and Statcoms, have been deemed commissioned and connected to the sub-station on site, in Sarima.

Work is currently underway to connect the remaining turbines to the substation. This is expected to be completed in three months.

The 310MW farm will then go through further commissioning tests once the national grid is in place, later this year.

Lake Turkana Wind Power GM Phylip Leferink recently said, “We are very pleased that the installation of the wind turbines went on without any hitches. Being able to erect 365 turbines in 365 days is a record that we are very proud of as an organisation together with our partner, Vestas.”

“In addition to the technology that was deployed on the project, the cooperation between all the parties contributed to the successful completion of this herculean task; from transporting the turbines from Mombasa and installing them on the hilly and arid terrains in Loiyangalani subcounty.”

The wind farm targets to have an annual generation capacity of 1.6 billion kilowatt hour (kWh), while the tariff rate would be Sh8.6 per kilowatt/hour (kWh) as per the 20-year-long Power Purchase Agreement signed between the wind farm and the government.

Currently, Kenya relies heavily on renewables such as geothermal, solar and hydro-power, and thus the discovery of high quality wind sites across the country and the modernised turbine systems, will play a major role in expanding Kenya’s generation capacity.

On completion, the wind farm will produce enough energy to power one million homes.

The wind project has proved to be a boon for communities in the area.

The residents of the vast and remote Laisamis Constituency  where the wind farm is located have for the last two years enjoyed improved road and transport network due to the murraming of a 208-kilometre of road that runs from Laisamis town to Sarima site. The road cuts from Laisamis through Lengima, Illaut, South Horr wards to Sarima, while a second route leads from Lengima to Korr and Sarima.

Through its corporate social responsibility, LTWP has through the foundation spent Euro 1 million (about Sh110 million) on community projects in the education, health and water sectors among others. From next year, it will annually contribute Euro 500,000 (Sh55 million) to the project. At Korr, Wind of Change-a Lake Turkana Wind project initiative-has set up a certified computer learning institute. About 200 students have graduated so far.

At Laisamis Health Centre and some dispensaries like Burri-Aramis, solar powers have been installed solar powers; fridges for storage of vital immunisation vaccines and medical equipment among others have also been acquired.

The project has also seen the equipping and rehabilitation of several boreholes in Lengima, Gatab and Olturot among other villages.

Kenya Electricity Transmission Company (Ketraco) has also begun laying power transmission lines that will pass through South Horr, Baragoi, Maralal, Nyahururu, Gilgil, and Naivasha and onwards to Suswa sub-station from where it would be connected to the national grid.

Power transmission lines would also be connected to all centres in Laisamis to enable locals to connect to electricity easily.

According to the Danish government’s Investment Fund for Developing Countries (IFU), one of several backers of the project, It will play a critical role in helping Kenya meet both development and climate goals by offsetting 16 million tons of greenhouse gas emissions annually.

Achim Steiner, the former executive director of the U.N. Environment Programme, based in Nairobi, Kenya, said the Lake Turkana project reflects Kenya’s emergence as “a bold and visionary leader” in clean energy development.

A Kenyan wind power surge would also help expand and diversify the country’s power portfolio, which currently sits at just under 2.3 gigawatts of capacity and is derived mostly from hydro, oil and geothermal plants, according to data compiled by Power Africa, the U.S. government’s program to expand electricity access across sub-Saharan Africa.

A recent analysis of East Africa’s renewable energy markets by the Renewable Energy Policy Network for the 21st Century concluded that “Kenya has one of the highest and most-studied wind power potentials in Africa,” including more than 1 GW of generation capacity along its stretch of the Great Rift Valley.

Currently, only one wind farm operates in Kenya, in the Ngong Hills outside Nairobi. That project was commissioned as a pilot for Kenya Electricity Generating Co. Ltd. (KenGen) in 1993 with two turbines donated from Belgium. It was recommissioned in 2009 and expanded last year from 5.1 MW to 25.5 MW of capacity.