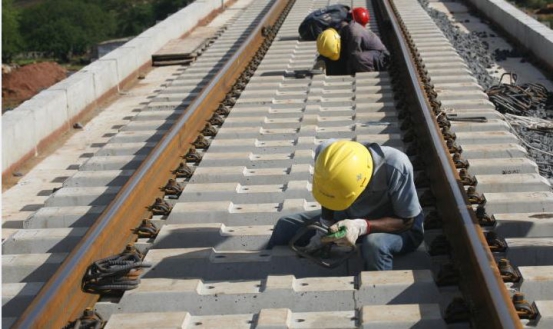 China will help in construction of a rail engineering school in Kenya to train personnel would  take over the running of the newly built Standard Gauge Railway from China Road and Bridges Corporation (CRBC).

Sh1 billion has already been set aside for the development of infrastructure for the rail engineering school in Kenya. The school will be constructed with the help of the Chinese Embassy.

Transport Secretary James Macharia told the media that the planned engineering school was part of Social corporate responsibilities from the Chinese companies involved in the construction of the SGR.

The CS added that 100 students will be given scholarships to study in China. Already,some 60 students are in China studying railway engineering and design, communication and ` technology, transport, traffic management and operations amongst other disciplines.

Mr Macharia also revealed that plans for the construction of phase 2A of the SGR is in top gear ahead of a payout for the people who will be relocated for the project. But even as the expansion of the railway continues, the high cost of acquisition for land along the corridor which will link the Nairobi South railway station to Naivasha Industrial Park in Enosupukia continues to be a major source of concern.

Phase 2A of the SGR line runs across parts of Nairobi, Kajiado, Kiambu, Nakuru and Narok counties and covers a distance of 120km. It will follow the escarpment to Mai Mahiu and pass south of Mount Longonot to Naivasha.

The construction of Kenya’s SGR projects has faced a myriad of challenges including land compensation issues, protests from environmentalists and residents where the railway line passes through.

The test run for the SGR from Nairobi-Mombasa was carried out in March taking around 6 hours. Although seen as a major step forward for Kenya, critics of the project have companined of the high cost of the SGR compared to Ethopia’s. They have also voiced concerned on its speed compared to electric trains.