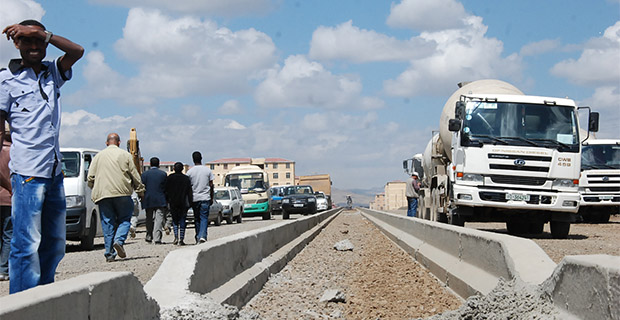 The Ethiopian Roads Authority (ERA) has kicked off the construction of a road that connects the Omo Kuraz Sugar Project with Turmi, in the Southern Nations, Nationalities & People’s Regional State 656.8Km from the capital Addis Ababa.

Ethiopian Roads Authority signed an agreement with two local companies to construct the project which will cost 15.4 million Br a kilometer. The authority said that the road project will help facilitate the production of sugar in the factory and also contribute to boosting tourist inflow to the Omo Valley.

This road will be the sixth project built to develop road infrastructure around the Omo sugar project. All the roads have already passed the 50pc completion mark

In recent years, Ethiopia has embarked on road and other infrastructure construction process a move that is said to be boosting its economic growth which stands at 11% per annum. Construction is a huge part of Ethiopia’s economic recovery. The building sector has seen double digit growth, expanding by 37% annually, and is ushering in a new phase of development for the country.

Early this year, Roads Authority announced that it had signed a major agreement with lojcal and international contractors to build several roads in the country aimed at enhancing tourism and mineral extraction in the country.

Apart from road projects in Ethiopia, the country has invested huge sume of money towards the construction of the Grand Renaissance Dam (GERD) expected to cost $4.8 billion, the dam is one of the nation’s most expensive developments in recent history.