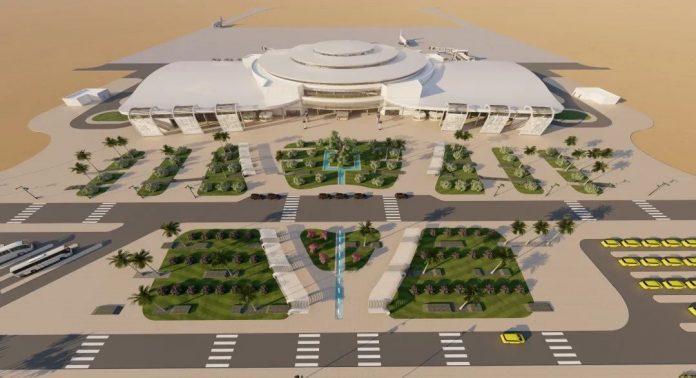 President  Samia Suluhu Hassan has laid a foundation stone for construction of  the Msalato International Airport in Dodoma officially setting in motion work on the airport that was launched in 2020.

The project is being undertaken by  Sinohydro & Beijing Construction Engineering a Chinese firm that undertaking several projects across Africa.

Msalato International Airport will feature a passenger terminal, a runway and the installation of air navigation equipment. A fuel distribution company, water supply systems, electrical power distribution substations and a fire-fighting service are among other features of the mega project.

Expected annual capacity for the new Msalato International Airport is approximately 50,000 aircraft and one million passengers, most of which are predicted to be international.

The airport will benefit over 200 million passengers in East Africa, as well as international trade networks – particularly business travellers and tourists.

The funding package comprises a $198.6 million loan from the AfDB, $23.52 million from the African Development Fund, and $50 million in co-financing from China’s Africa Growing Together Fund, which the AfDB manages.

President Samia said that the Msalato airport project would increase employment opportunities both direct and indirect, directing the contractor executing the project to ensure that all works that can be done by locals be directed to Tanzanians living in the country’s capital.

“Our target is to increase business competition with other countries in the East African Region, Southern African Development Community (SADC) and the world at large as well as expanding markets for our local products,’’ she said.

Construction of Msalato International Airport is expected to take four years to complete.