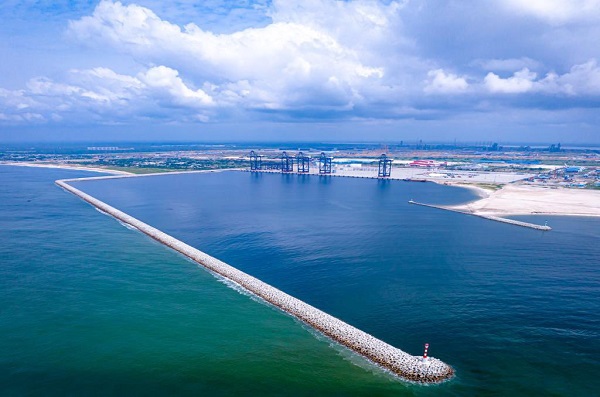 Construction of the $1.5billion Nigeria’s Lekki Deep Seaport which started in 2017 has finally been completed, a Chinese contractor has announced.

Lagos state Governor Babajide Olusola Sanwo-Olu who attended the handing over ceremony said that the port has the capacity to create 200 thousand direct and indirect jobs.

“It is indeed heartwarming to have one of the most modern Deep-Sea Ports in the world, here in Lagos State. We are very proud to not only be the host of this engineering wonder,” said the elated governor.

“We are collaborating closely with the Federal Government to ensure that every access road to this port gets the required attention. We have the example of the Apapa Port to learn from, we will not allow this area to become another byword for traffic gridlock and commuter frustration,” he added.

The Lekki Port was being developed, built and operated by LPLE, a joint venture enterprise led by the Tolaram Group, the Lagos State Government and the Nigerian Ports Authority. It is seen as a remedy to future demand for container facilities in Nigeria.

The Lekki Deep Seaport container terminal will be equipped with a 1,200-meter-long quay as well as 13 quay cranes and will have a capacity of 2.5 million TEUs (Twenty-foot Equivalent Units).