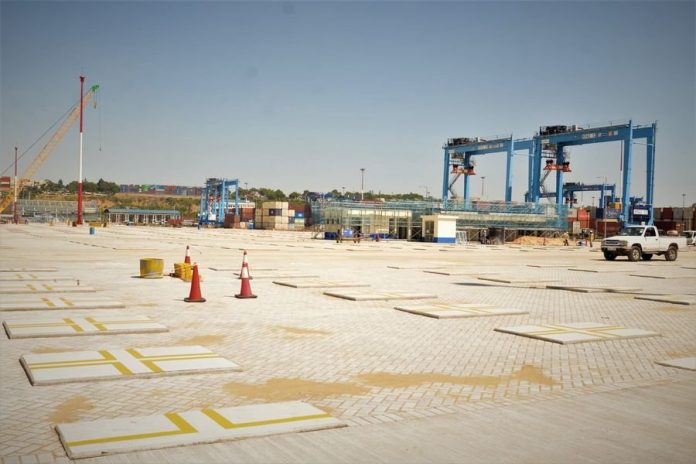 Phase-Two of the Sh32 billion second container terminal at the port of Mombasa is complete and set for commissioning next month.

Kenya Ports Authority (KPA) confirmed that the Japanese contractor, Tokyo Construction Company Limited, has completed the project which has been described by maritime stakeholders as a game changer.

A statement from KPA said the handing-over ceremony, will be done soon after the Authority and relevant government agencies inspect the facility located on 100 acres at Kilindini Harbour.

KPA was represented during the meeting that took place at the Kipevu Headquarters by General Manager Cargo Operations, Sudi Mwasinago and the General Manager Infrastructure Development, Abdullahi Samatar.

The project was financed through a government-to-government loan facility from the Japanese government under the Japan International Cooperation Agency (JICA).

Mombasa Port terminal will have three berths with lengths of 230,320 and 350 metres, where the largest berths will handle Panamax container ships of 20,000 deadweight tonnage and post Panamax vessels of 60,000.

The Phase One of the second container terminal, built at a cost of Sh26 billion, which involved reclaiming a sea area of about 50 acres, creating 550,000 Twenty-Foot Equivalent Unit (TEUs) capacity, was commissioned in 2016.

Mombasa Port is the gateway for landlocked countries such as Uganda, Rwanda and Burundi, and has lately witnessed major improvement through multi-billion infrastructural and technology investment.

The expansion programme, which included the construction of the Phase Two of the second container terminal and Sh40 billion Kipevu Oil Terminal (KOT), are part of the measures to transform the port into a logistics hub in the region.

Members of the National Development Implementation Technical Committee (NDITC) which is in charge of implementation of government projects and programmes recently visited the port, to inspect its facilities and operations.

The Committee led by its Chairman, Dr Karanja Kibicho, expressed satisfaction at the positive developments and measures, to make the port more efficient and competitive.

Dr Kibicho who is also the Principal Secretary for Interior and Coordination of National Government, called on all the players to strive to improve efficiency and reduce the cost of doing business to make the port one of the best globally.

“The overall objective is to make the port of Mombasa a classic facility, achieve high productivity and guarantee efficient cargo freight services to importers and exporters,” said Dr Kibicho.

He attributed the good performance to proper coordination among state agencies and other maritime stakeholders.