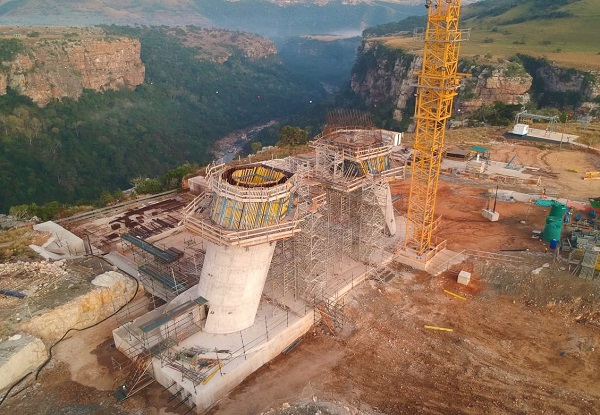 South Africa’s Transport minister Fikile Mbalula says the  has expressed confidence on the ongoing construction of the Msikaba Bridge saying the project is making steady progress.

Mr Mbalula says upon completion the Msikaba bridge will stimulate investment and growth, initiate new economic sectors and transform the connection of rural communities to urban centres around the country.

The bridge, expected to be one of the longest in Africa is part of the N2 Wild Coast Road project. And according to Minister Mbalula,  “The project will continue to create thousands of new jobs and economic opportunities in line with the new Economic Reconstruction and Recovery Plan.”

After significant delays, including a protracted labour dispute,  the estimated completion date for the project has been scheduled for the end of 2025/the start of 2026.

The N2 Wild Coast Road, which stretches 410 km from the Gonubie Interchange in East London to the Mtamvuna river near Port Edward, will shorten the current distance by 85 kilometres in comparison to the current route.