An equipment manufacturing company Bell-that has been operating in South Africa for decades-now plans to relocate more of its manufacturing away from the country, the company said Monday.

Bell which produces the world’s largest range of articulated dump trucks (ADTs) at its main factory in Richards Bay, as well as at assembly locations in Germany, said that it remains committed to South Africa as a local manufacturer and is confident of the opportunities available to it.

“To safeguard the long term sustainability of the group, a growth plan is in place to ensure that Bell ADTs, as our higher volume products sold predominantly into northern hemisphere markets, are less exposed to the risks presented by the volatility of the South African landscape going forward.”

“Consequently, over time, more aspects of ADT manufacturing will shift to the northern hemisphere,” it added.

According to CEO Leon Goosen, Bell will be moving its manufacturing to Germany. Speaking to Engineering News, Leon noted that Moving raw materials and components back and forth between South Africa and Bell’s Germany plant was proving to be increasingly costly and highly inefficient.

“We need to move production closer to the client. Doing so will also allow us to flex up and down quickly according to market demand,” he said.

During 2021 the company said that it experienced increased demand for equipment in most markets. The demand ,the company said was as a result of investment in infrastructure and government stimulus packages in developed markets, particularly in the northern hemisphere. Improved commodity prices and demand also resulted in some improvement in certain African markets.

The German economy was more stable during 2021 and the market ended on an all-time high. Orders at the end of December 2021 were roughly double compared to the previous
financial year. Similarly, Bell France had a good year and managed to achieve budget forecasts and recover margin despite the arrival of a new ADT competitor in that country.

During 2022 the operation will focus on reorganising its dealer model to strengthen its position. South East Asia has been depressed for the past two years but a consignment of large ADTs was shipped to Indonesia in late 2021, signalling an uptick in that market.

Agriculture and forestry in the region remain price sensitive and a competitive space but the distribution network showed demand for loaders and loggers with a higher volume planned for shipment to Thailand in 2022. The first ever Matriarch slew loader was sold into Sri Lanka and additional machines will be shipped to this market in the first half of 2022.

New Zealand was also hard hit by lockdowns and a local recession in 2021, with the market only absorbing F-series loggers and the first Matriarch LogPro for the country. The group anticipates a rebound in 2022. 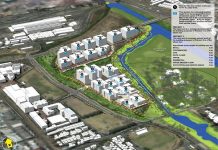