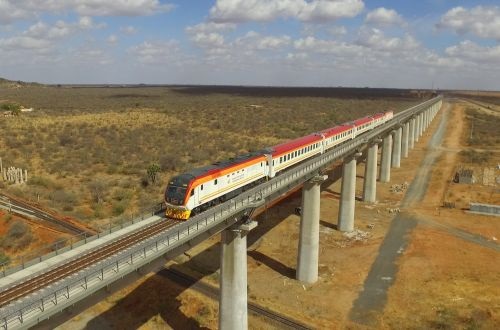 China has signaled plans to extend the stalled Standard Gauge Railway (SGR) project under a grand Horn of Africa masterplan announced during a tour of Mombasa by Chinese Foreign Minister Wang Yi.

Under the proposals, the Mombasa-Nairobi Railway in Kenya will be extended to Uganda, Rwanda, South Sudan, and eventually to the Democratic Republic of Congo.

The SGR from Nairobi to the border town of Malaba stalled after China’s Export-Import Bank asked Kenya in 2018 to redo a study to prove its commercial viability.

Yi also hinted that the line linking the Ethiopian capital Addis Ababa with Djibouti would be extended to Eritrea – but both plans will only happen in due course.

“This is part of our effort to help this part of the region accelerate the building of industrial belts and economic belts to create more jobs,” Yi said at a briefing with the Kenyan counterpart Raychelle Omamo in Mombasa.