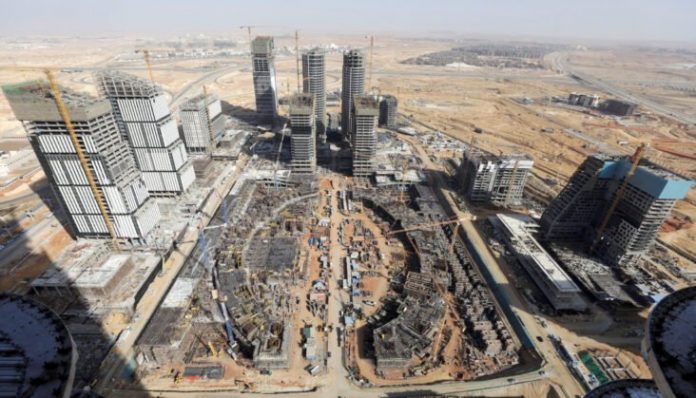 Are you an investor seeking opportunities in Africa? Rand Merchant Bank has released a report showing countries that you should give top priority. These are the top investment destinations in Africa according to the report dubbed Where To Invest In Africa in 2021.

Egypt remains a top investment destination to invest in Africa given the recent pace at which the economy has grown, supported by structural reform programmes. While the economy was hard hit by the pandemic, it was one of the first countries to bounce back to a path of growth given the swift measures it introduced and that it entered the crisis on a stronger footing. Furthermore, the reduction of its twin deficits in recent years has made it possible to replenish the country’s foreign exchange reserves, ensuring that Egypt is better equipped to cope with extreme global shocks.

The economy continues to benefit from political stability. A special fund to combat covid-19 was established in 2020, representing 2.7% of GDP. Two thirds of the funds were to be provided by private sources and one-third by the government. In 2020, the King announced that US$12.9bn would be devoted to boosting the economy. Of that, around US$4.8bn would be allocated to a new strategic fund aimed at supporting production activities and financing public private investments across all sectors.

The country has also undergone reform across its state-owned enterprises, which bodes favourably for the economy.

Key to South Africa’s growth is not only the deep and globally competitive financial sector but also the development efforts rooted in the economic recovery plan that will house targeted economic development in key sectors. Concerted efforts to deal with corruption across the country are going to be a crucial anchor for business confidence.

Rwanda continues to benefit from the various efforts it has made to improve the country’s operating environment. Furthermore, as part of the National Strategy for Transformation (NST), various investments should support the construction and energy sectors over the next few years. The impetus from public investment should be followed by that of the private sector, which will undoubtedly boost funding to the agriculture and mining sectors.

The former will be driven by the expansion of export crops, especially coffee and tea,
while the latter is expected to get support from initiatives to promote investment in mineral exploration and trade. Significant progress in governance and relative political stability is also a big positive. Overall, the country’s business climate is one of the most attractive on the continent as well as internationally competitive. No wonder it ranks high in the Where To Invest In Africa in 2021 report.

One of Botswana’s greatest strengths remains a key concentration risk. Diamond mining is still seen as having key growth potential, particularly now that the US$2bn Cut-9 project to extend the life of the Jwaneng mine (one of the highest-value mines in the world) has begun. This is also expected to encourage the development of related activities, such as construction and mining-related services. The government aims to pursue its policy of economic diversification and will continue to spend on education, health and the
construction of roads and electricity infrastructure.

The country has high foreign-exchange reserves, which has allowed it to weather the pandemic’s economic challenges better than most. The Pula Fund, a sovereign fund created in 1994 and which finances a large part of the budget deficit, has meant that fiscal dependency on debt has been low. Considerable opportunities exist in the development of infrastructure (production and distribution of water and electricity). Botswana is also one of the best countries to invest in Africa.

Ghana entered the current crisis on relatively stronger footing than its African peers. Structurally, the economy has seen major shifts over the past few years, which means that it is slated for significant growth over the next few years, supported not only by primary sector industries like oil and gold but also the accelerated development in the tertiary sector. Big moves to watch out for are the Energy Sector Recovery Programme,
which aims to restore the currently unsustainable energy sector within five years (2019-23), and the “One District, One Factory (1D1F)” programme designed to establish at least one industrial park in each of the country’s 13 regions. One of Ghana’s key strengths is political stability.

Aided by an extremely favourable tax regime, the financial sector will remain one of the main drivers of the economy into the future, notably through cross-border investment activities and banking services. The economy has been trying to diversify not only from a business perspective but also in terms of targeted tourism areas. A big driver in this economy will be the construction sector, which we expect to remain on a positive trend in
2021 driven by the rise in public investment (7.6% of GDP). The main projects include construction of a new airport terminal and runway, continued work on the railway line linking Port Louis to Curepipe, and improvements to the road network. Furthermore, political stability and good governance contribute to a highly competitive
business climate at the international level.

A rise in private investment should continue to fuel construction, agri-industry and services (trade, transport and ICT in particular). Private investment will benefit from the impetus provided by public investment under the 2016-20 National Development Plan, with initiatives including, for example, the Abidjan urban transport project and infrastructure related to the organisation of the 2023 Africa Cup of Nations football tournament.
Government spending has been centred around infrastructure, the implementation of its 2019/20 social programme and the gradual roll-out of universal health coverage. Notwithstanding the violence that occurred during the elections, the reelection of President Ouattara in 2020 speaks to policy continuity, which bodes well for investments.

Kenya is expected to be one of the fastest-growing economies in Africa over the next five years. Public investment in infrastructure – the deployment and improvement of the road network, the extension of the railway line between Mombasa and Nairobi to Naivasha and the development of the second container terminal at the port of Mombasa – will provide major opportunities for the construction sector.

Government efforts to ensure that the implementation of the Big Four Agenda focused on industrialisation, universal health coverage, food security and affordable housing will invariably lead to fast economic growth.

It should also be noted that the business climate is improving as the economy benefits from progrowth policies and reforms and as private investment increases on the back of various public-private partnership agreements. Kenya is also a place to watch for those seeking to invest in Africa. 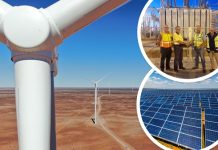