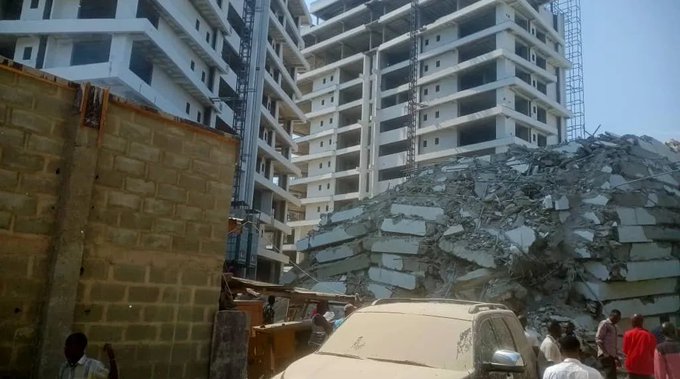 When Covid-19 hit Nigeria in 2020, the construction industry was one of the sectors that were mostly affected.

Output declined by 7.7% in real terms according to data from government sources as lockdown measures were introduced.

However, after easing of the restriction measures, construction activities are in top gear especially in the capital Lagos. In fact, new government reports expect the construction industry to grow by 4% in 2021, driven by a sharp recovery in output levels compared to periods when works were not permitted or were severely restricted in 2020.

But the menace of buildings collapse continue to dent the industry that continues to provide employment to thousands of people in the most populous country in Africa and where unemployment among the youth is chronic.

At least six people died Monday after a high-rise building under construction collapsed in Nigeria’s commercial capital Lagos, officials said, with dozens of others feared trapped inside.

Last week, what could have been a major tragedy in Lagos was averted when a three- floor structure partially collapsed at 4, Kola John Street, Aguda, Surulere area of the state.The occupants of the affected building and adjoining one were inside and had to be quickly evacuated to prevent loss of lives due.

Early last month, a section of a two storey building under construction in Abuja collapsed with an occupant dead.

Experts blame poor construction material and ineffective monitoring of construction processes for the problem that has now become rooted.

Researchers have also cited poor workmanship, the use of quacks instead of professionals, non-enforcement of building codes or construction regulations, corruption in the building industry among failures that have exacerbated the problem.

However, the code is yet to have a full legal backing nationwide because it is presently a bill before the Nigerian National Assembly.

“Buildings with more than five floors are complex structures requiring professionals with many years of construction experience. They involve a lot of money to construct and this may be the reason for their thorough observations of building regulations,” shares olufemi.

For Olufemi, three major problems can result to buildings collapse: poor quality material used, a faulty design or the ground on which the buildings were erected, were badly made-up.

Some projects in Nigeria are planned to fail because the project owners or sponsors refused to employ competent project managers, engineers and builders.

To avert the problem, lobby groups in Nigeria have urged Standard organization of Nigeria to be vigilant to ensure that building materials imported into the country conforms to standard requirements.

Soil investigation, material tests and environmental impact assessment (E.I.A) have also been identified as key to curbing buildings collapse and should be made compulsory, according to experts.

Observers are also calling for a review of existing building laws that should guide standard code of practice and that should cover all grey areas in order to guarantee safety of buildings.