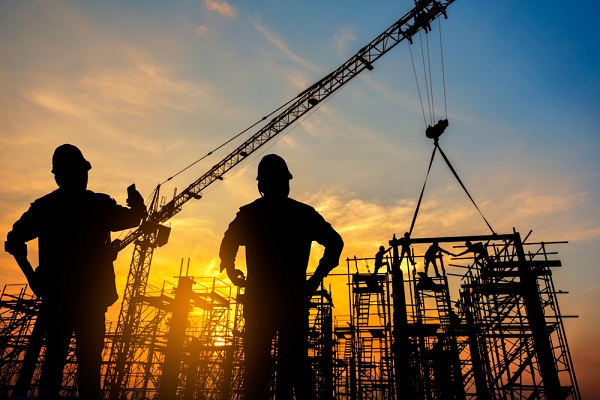 The FNB/BER Building Confidence Index declined to 35 in 3Q2021, from 39 in 2Q2021. This means that, across the building sector pipeline, 65% of respondents are dissatisfied with prevailing business conditions.

While the composite index remains higher than the average of the past few years, it is
concerning that the index excluding the hardware retail and building material manufacturing sector – a measure of confidence in the “core” building sector –
fell to 20, from 25 in 2Q2021.

“Since the start of the year, confidence in the core building sector has been noticeably lower than the overall composite index, highlighting the persistent weakness in the larger (by value) brick and mortar segments,” remarked Siphamandla Mkhwanazi, Senior Economist at FNB.

Main contractor confidence slipped to 18 in 3Q2021, from 22 in 2Q2021. The lower sentiment was underpinned by a slowdown in activity. “The survey question with respect to activity asks respondents to make a comparison with a year earlier.

Therefore, one would intuitively expect annual growth in activity to be lower this quarter than in 2Q2021 because the COVID-19-related restrictions were less in 3Q2020. In other words, the (low) base effect is less pronounced,” said Mkhwanazi. Of greater concern is the more severe pressure on overall probability.

The activity and profitability indices usually move together. While this is still the case, over the past few quarters the extent to which the profitability index declined has far exceeded that of activity. According to Mkhwanazi, “this divergence suggests that contractors are unable to pass the higher input costs on to clients and seem to be absorbing these costs
instead to maintain competitiveness”.

Once again, the confidence of residential contractors (albeit still low) vastly exceeded that of their non-residential counterparts. “The struggles in the nonresidential property market are well documented and it is no surprise that they continue to underperform,” added Mkhwanazi. Activity along the building pipeline also declined somewhat.

This saw the confidence of architects and quantity surveyors move five points lower to 18 and 21 index points respectively. “Confidence is broadly lower than what the level of activity would suggest, and it is likely that other factors are also detracting from sentiment.

In particular, respondents have noted the delays in project approvals and pressure on fees,” said Mkhwanazi. After rising to 65 in 2Q2021, hardware retailer confidence gained a further 12 index points to reach 77 in 3Q2021. This is the highest level since 2007.

Retail sales of hardware continued to surprise on the upside, boosting confidence. In addition, higher selling prices have helped to lift profitability significantly. “The factors driving hardware sales such as DIY projects, additions and alterations and the informal building sector may be running out of steam if the recent commentary by some of the larger listed firms are anything to go by.

However, the Q3 survey results suggest nothing of the sort as yet,” noted Mkhwanazi. The confidence of building material manufacturers declined to 55 in 3Q2021, from 67 in 2Q2021. The lower confidence was underpinned by weaker production and a worse-than-expected outcome for domestic demand.

In contrast, export sales fared well. Sub-contractor confidence declined to 21, from 29 in 2Q2021.

In conclusion: The FNB/BER Building Confidence Index registered a fourindex-point decline to 35 in 3Q2021. Barring retailers of hardware, confidence among all the sub-sectors moved lower in the quarter.

Indeed, from the perspective of the “core” building sector, confidence was at a lowly 20.

“Sentiment in the building sector remains downbeat. Part of this is due to the moderation in main contractor activity, which in turn has seen profitability come
under noticeable strain. Other factors not explicitly captured by the survey have
also dampened sentiment.

These include delays in the municipal approval of projects, the so-called ‘construction mafia’ and government inaction regarding the rollout of key building projects. This contrasts with the more upbeat results for the retail hardware sector. This, however, may not be sustained for much longer.” emphasised Mkhwanazi.