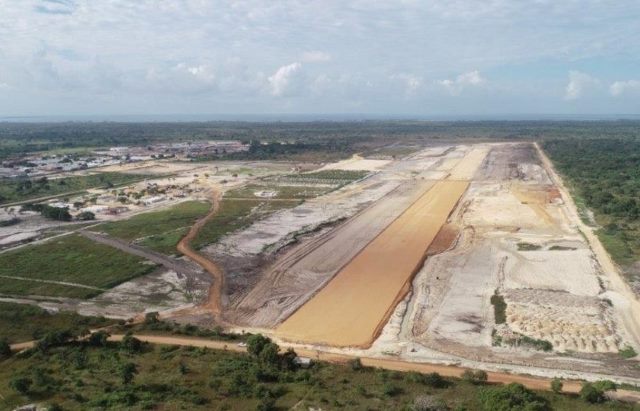 When large reserves of natural gas were discovered off the coast of Cabo Delgado province eight years ago, Mozambique was well on its way to become one of the the top largest producers of liquefied natural gas (LNG) in the world and second largest in Africa, after Nigeria.

The discovery brought much joy and hope to the Mozambican people but for the residents of Cabo Delgado.

The region has in recent years been a scene of fierce fighting between government security forces and the insurgents affiliated to Islamic State.

VOA reported early this month that the insurgent group had seized control of of the port of Mocimboa da Praia after five days of fierce clashes between the insurgents and Mozambican security forces.

The port of Mocimboa da Praia is a strategic site in Cabo Delgado, particularly for gas companies operating in the resource-rich region.

Apart from Total,  ExxonMobil has also invested in gas projects in the area, but they have largely been disrupted due to militant attacks and the coronavirus pandemic.

Alexandre Raymakers, senior Africa analyst at Verisk Maplecroft in London says that the Mozambican army faces a huge task in tackling the militants.

“Without significant regional assistance, substantial financial commitments and major structural reform it is unlikely that the army will manage the control the militants,” he says.

“They now face a complex, multilayered and asymmetrical conflict, mostly drawing upon local and regional grievances and networks but increasingly also attracting some limited encouragement and advice from further afield,” shares Dr Vines.

Attacks began in the northernmost province of Cabo Delgado in 2017, and have rapidly gathered pace this year with insurgents seizing key towns for brief periods and increasingly hitting military or strategic targets.

Aware of the dangers of the insurgent activities, Total has signed a security pact with the Mozambique to protect the $20 billion natural gas project it is developing.

“This move bolsters security measures and endeavours to create a safe operating environment for partners like Total which enables their ongoing investment in Mozambican industry,” Ernesto Elias Tonela, minister of mineral resources and energy, said in a statement.

Experts are cautioning that Mozambique should be prepared for a long battle with the insurgents.

“The insurgents seem to grow in areas where the population has been marginalized by the government, particularly young people, who in some cases sold what little they had and went to join the [armed] groups,” said José Mateus M. Katupha, associate professor at Eduardo Mondlane University in Pemba, the provincial capital of Cabo Delgado.