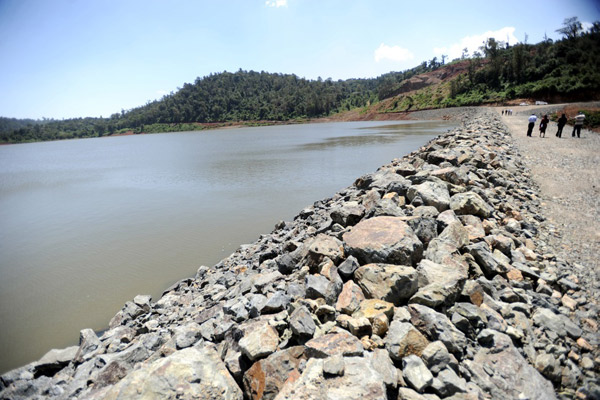 The  Sh25 billion Soin-Koru multipurpose dam whose construction was set for September has been re-advertised.

In the latest tender from National Water Harvesting and Storage Authority(NWHSA), bidders have 30 days to make their submission for the proposed construction of the dam. Tender documents must be received on or before 18th, September 2020 at 9.30 am.

“Foreign bidders participating in the tender shall be required to provide s written commitment on company letterhead and signed by a person with power of Attorney that if successfully awarded, they shall source at least 40% of their supplies from Kenyan citizens suppliers prior to submitting their bids,” reads the tender notice in part

The tender signed by acting chief executive Sharon Obonyo, interested parties are cautioned against quoting above Budget Estimate as they will be declared “non-responsve”

The Soin-Koru Dam Development project is proposed to be located on the Nyando River in the vicinity of Muhoroni in the Western part of Kenya. It shall be 60km from Kisumu City and 5km upstream of Muhoroni town. The Dam will be located in Kisumu and Kericho counties.

Flooding during wet seasons and prolonged dry spells during dry seasons is a phenomenon that characterizes the lower reaches of the Nyando River Basin. The situation has led to scarcity of food and water resulting to high poverty levels.

Ahero, and West Kano irrigation schemes are also situated in the region and during dry spell cannot operate at full capacity due to low flows in the River Nyando. In addition, the existing water supplies do not meet the water demand in the targeted districts on the downstream.

The construction of Soin-Koru Dam upstream will mitigate against floods and also ensure regulation of the river flows throughout the year thus enabling irrigation all the year round by gravity. The reservoir will also supply water for domestic and industrial uses, generate hydro-electric power and also offer opportunities for fishing and water-based creation.

By also acting as a sediment trap, the dam will reduce the sediment loading and their subsequent deposition within downstream reaches which is the main cause of flooding.

The proposed multi-purpose dam shall be used for flood control in the lower reaches of Nyando River basin, supply of domestic water to the city of Kisumu and the satellite towns of Ahero, Awasi, Muhoroni, Koitaburot location in Kericho county; and irrigation of the existing irrigation schemes of Ahero and West Kano throughout the year.

It is also anticipated to generate 2MW hydro-power that shall be used in the plant and for other purposes and this water will be released to the river course and re-used for irrigation.

Kinshasa Solar City kicks off with construction of 600MW plant