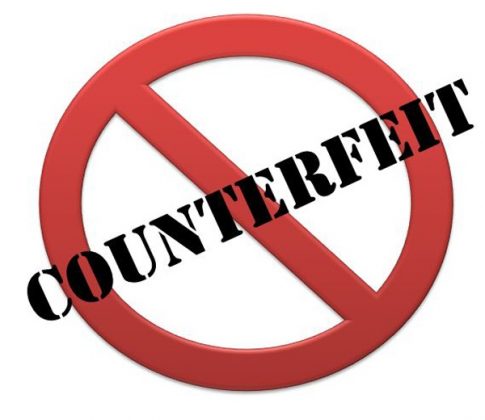 Kenya Anti-Counterfeit Authority, an agency tasked with combating counterfeits recently released a report on the extend of illicit trade in Kenya.

The report singled out building, mining and construction as heavily affected From the 16 sectors of the economy that the study concentrated on, with a share of 23.37% in value of total illicit trade, followed by energy, electrical and electronics with a share of 14.67% in 2018.

A staggering Ksh 2.2 billion in sales was lost as a result of pirated products the period 2016-2018, the report observes.

“We have nabbed counterfeit goods over Ksh 2.8 Billion and surrendered them to law enforcement agencies for the prosecution of suspects,” noted Elema Halake, Executive Director, Anti-Counterfeit Authority,

“Counterfeit manufacturers close down and open up again if they find out that they are being investigated. It therefore becomes an issue of securing evidence the first time you have the chance, and making sure they;re not aware of you being there until you have the case ready,” he says.

A report by the Kenyan Association of Manufacturers shows that contraband goods are mainly from India and China.

“It is increasingly becoming difficult to spot and identify counterfeits,” says Gary Addison a business advisory expert based in the UK, specialising in assisting company directors and business owners with their statutory entitlements including redundancy.

“Counterfeiters have improved the looks and quality of products.They are now increasingly concerned with copying everything from  packaging, through to the label, making the products more and more difficult to differentiate from the genuine article,” explains Mr Addison.

“And this not only makes makes it difficult for authorities to tell apart from authentic products, but it also means customers are much less likely to report these products.”

“Anyone can open an online selling platform, and can just as quickly close it down to avoid exposure should they believe the authorities are growing suspicious,” offers Mr Addison.

He adds,”Not only can personal identities be hidden, but customers can easily be fooled regarding the location the product is being shipped from.”

It is a phenomenon that Kenya Kenya Anti-Counterfeit Authority agrees with. Its recent market intelligence survey based on more than 500 interviews,conducted in Nairobi and Mombasa revealed a correlation between the increase in online shopping and the increasing
sales of counterfeit goods, with 30% of consumers polled having purchased counterfeit
merchandise unintentionally.

According to the agency, the most popular counterfeit products sold on-line include electrical goods at 50% followed by clothing’s, cosmetics, stationery, food product, cigarettes and alcoholic beverages, in that order.

“As more and more Kenyans open their doors to receive small parcels from on-line sources, their doors also open to an increasing number of dangerous counterfeit goods,” the agency cautions.

In East Africa, Kenya Association of Manufacturers (KAM) estimates that counterfeit and substandard products cost the region over US$500 million in lost government tax revenue annually.

Tanzania is estimated to lose about US$ 1.5 billion in revenue to counterfeits. Other statistics going by conservative estimation from the KAM study on counterfeits conducted in 2012 indicate 40% of their sales are lost annually as a result of trade 17 in counterfeits.

It is a business that knows no border says  Mr. Pradeep Paunrana, Chairman of the Anti-Counterfeit Agency Board.

“Counterfeiting is a global supply chain problem. Counterfeiting and piracy are highly pervasive across countries and sectors, representing a multi-billion-dollar industry
globally that continues to grow,” says Mr Paunrana.

In fact, International Chamber of Commerce (ICC), estimated that in 2022 the total international trade in counterfeit and pirated goods will be as high as 991 Billion, almost doubling the number reported in 2013 of 461 Billion.

The profits are mind boggling in an illegal trade and requires a concerted effort to fight. For Mr Addison, people should be educated on how to avoid counterfeit products but moral responsibility should come first.

“When it comes to counterfeited goods there is a clear moral issue at play – whether you are happy to save some money by buying through dubious channels – but more importantly, there is also a massive safety concern which should not be ignored simply to save a few coins,” he advises.

On her part, Danae Vara Borrell, vice president of product, Red Points says the Technology should be used to prevent counterfeiting and boost the efforts of combating counterfeits.

“Implementing a data-driven IP strategy and leveraging technology can come a long way in helping brands prioritize and make informed decisions to build a sustainable brand protection plan, and maximize their brand protection efforts, she says.

But with emerging technologies that are making selling counterfeits easier these days coupled with an innovative criminal network, combating counterfeits could be easier said than done.