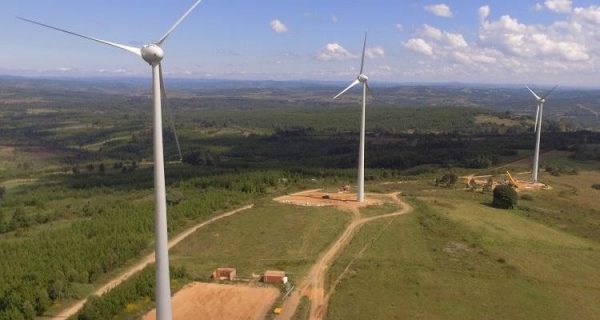 Tanzania’s First ever wind farm with a capacity of 2.4 MW has started operation, its owner Rift Valley Energy Group has announced.

The site was chosen for its high wind speeds relative to other possible locations nearby, as well as its close proximity to the Mwenga network (expansion into the Kihansi Basin) – as Usokami will be one of the villages connected under this project.

The actual wind power will come from 3 x 800 kw wind turbines (as the mountainous terrain and poor road conditions in Tanzania favour smaller turbines that are easier to transport and erect).

“The mwenga wind farm is expected to operate initially at a low, pre-set production rate, before being gradually brought up to full capacity over the next few weeks, in accordance with commissioning procedures. The other two turbines are expected to be commissioned in the same manner over the next two weeks,” says the Renewable Energy Performance Platform (REPP), the project’s main financial partner.

The wind farm will be connected to the existing rural grid, which is already operated by a 4MW hydropower plant, property of renewable energy developer Rift Valley Corporation.

The project has created approximately 50 temporary jobs during construction and a further six permanent jobs during operation, whilst directly supporting the rural electrification, climate mitigation and industrialisation targets of Tanzania, where nearly 8m households currently lack access to electricity.

The successful development and construction of Tanzania’s first ever wind farm will improve the prospects of similar future projects in the country. The overarching wind and hydro hybrid development is also the first of its kind in East Africa, and its success is expected to have a strong demonstration effect in other countries.