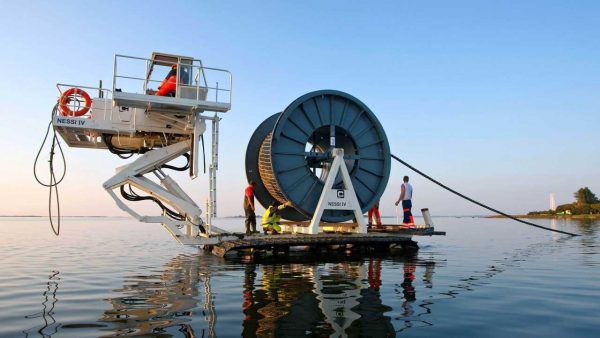 Construction is set to begin on one of the largest submarine cables in the world, linking up both West and East Africa,Middle East and Europe, tech giant Facebook has announced.

In a statement, Facebook said that it was joining the race to build 2Africa submarine cable as part of a joint enterprise by China Mobile International, Facebook, MTN GlobalConnect, Orange, stc, Telecom Egypt, Vodafone, and the West Indian Ocean Cable Company (WIOCC).

The project will also establish a new crossing to link the Red Sea and the Mediterranean. This includes a terrestrial cable between the Suez Canal, Ras Ghareb to Port Said, and a new submarine cable between Ras Ghareb and the Suez.

“2Africa submarine cable is a major element of our ongoing investment in Africa to bring more people online to a faster internet,” said Najam Ahmad, VP of Network Infrastructure at Facebook. “2Africa is a key pillar supporting this tremendous internet expansion as part of Africa’s surging digital economy.”

The 37,000km-long 2Africa cable will feature around 21 landing points in 16 African countries and will carry three times the total network capacity of all the submarine cables currently serving the continent.

“When completed, this new route will deliver much-needed Internet capacity, redundancy, and reliability across Africa; supplement a rapidly increasing demand for capacity in the Middle East; and support further growth of 4G, 5G, and broadband access for hundreds of millions of people,” Facebook said in a statement.

on her part, Jessica Gu, director and CTO of China Mobile International said that the project allows the company to reach a milestone in its global development strategy.

“The launch of 2Africa enables us to offer our customers seamless connection between Africa and Europe, together with our SEA-ME-WE 5 and AAE-1 subsea cable resources to further extend to Asia,”she said.

“The utmost capacity and faster transmission allows us to satisfy the needs of African nations today and in the future, reflecting our firm commitment to building a global digital life,” she added.