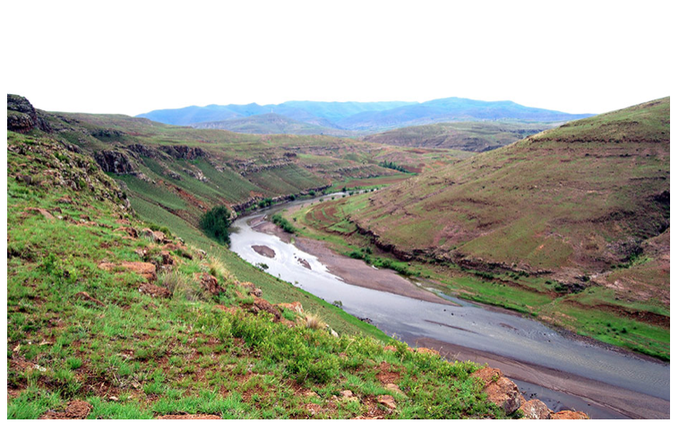 Nearly 8,000 people are facing the loss of their homes or livelihoods as construction begins around new Polihali Dam in Lesotho, Amnesty International said today.

The organization is calling on authorities to halt construction of the Polihali Dam, which will supply water to South Africa, until affected communities, in Mokhotlong district, have been properly consulted and compensated.

Amnesty International has seen receipts which show that some displaced people were given as little as the equivalent of just over $1 US Dollar as compensation for being resettled around Mokhotlong – far from their current homes – to make way for the project.  This is not enough to buy even a loaf of bread.

“As the construction of the Polihali Dam begins with work on the road that leads to the site, people are already being moved out of their homes for resettlement. Others face losing grazing land for their animals, or the loss of wild fruits and medicinal plants from which they earn a living,” said Deprose Muchena, Amnesty International’s Director for East and Southern Africa.

“The Lesotho authorities must immediately halt all the work on Polihali Dam until it complies with international human rights standards on evictions. There must be genuine consultations with the affected communities, and compensation for any losses.”

Lawyers representing the affected communities around the Polihali Dam told Amnesty International that the Lesotho Highlands Development Authority, which is owned by the government of Lesotho has failed to adequately consult and compensate residents ahead of the construction.

The Polihali Dam, which is part of “Phase 2 of the Lesotho Highlands Water Project” – a multi-phased project to provide water to South Africa – could result in thousands of people from about 35 villages losing their homes and livelihoods.

In line with its international human rights commitments, the government of Lesotho must ensure that the Polihali Dam project does not lead to forced evictions.

According to international human rights standards, evictions can only be considered as lawful if certain procedural protections – including genuine consultations, adequate notice, and fair and just compensation for losses – are made available to all affected persons. Evictions should never result in making people homeless or vulnerable to other human rights violations.

While the dam construction has not yet started, people in the surrounding areas are already being moved from their homes to make way for the construction of the road that leads to the dam, resulting in the loss of their private and communal properties.

“The dam construction could be socially and economically disastrous to the almost 8,000 people living in the affected areas.” said Deprose Muchena.

“South Africa, which will benefit from the new water supply, also has an obligation to ensure that the project complies with human rights while pursuing this water deal.”