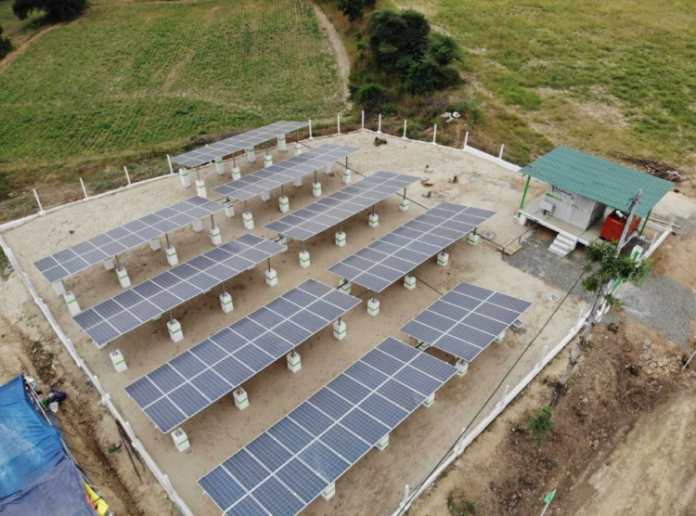 The Minerals Council South Africa says it welcomes the Department of Mineral Resources and Energy’s (DMRE)  commitment to the development of adequate power supply to support industry growth.

Mr Baxter however says the industry believes that further actions are urgently needed.

The DMRE statement was issued in the wake of Monday’s sudden shift from stage 4 to stage 6 energy curtailment, which resulted in the majority of South Africa’s underground mines suspending operations for at least a day, and other sectors curtailing their activities too.

Stage 6 load shedding basically meant that mines were confined to “essential demand” only and this prevented the night and morning shifts from accessing operations. Stage 4 load shedding requires a 20% demand curtailment.

The real impact is that some companies would have lost a week’s production, as crews would have to go back in and first stabilise areas from a safety point of view before mining can resume.

According to Minerals Council CEO Roger Baxter: “The impact of stage 6 and stage 4 load
shedding is devastating for the mining sector, as most mining companies will not only lose
their week’s production, but that this affects the viability of many of these mines”.

He adds that: “Eskom is essentially making an industrial policy decision to downscale the mining sector when they make these stage 4 and stage 6 calls”.

The situation is desperate, and demands urgent action by Minister Mantashe and leaders of
other government departments to make possible and drastically streamline regulatory
processes to enable the rapid establishment of self-generation facilities to supplement
2 Eskom’s constrained capacity, and also urgently open the way for further generation by
independent power producers.

While we are particularly encouraged by the Minister’s decision to promulgate Section 34 determinations, we urge urgent implementation.

In effect, this would mean that municipalities and large power consumers could procure power directly from Independent Power Producers (IPP) without having to go through Eskom.

Beyond the four interventions mentioned by the DMRE, to the Minerals Council further calls
for the amendment of schedule 2 of the Electricity Regulation Act, which would lift the licence requirement for self-generation regardless of plant size.

Unregulated generation is currently limited to 1MW plants with indications that this will be increased to 10MW. Power produced by mining companies for their own use often does not require Eskom handling or transmission and if so, should not be subject to licensing, irrespective of size.

The current regulatory requirements to license self-generation for own use are cumbersome and very time consuming and also involve environmental, land use, NERSA generation licenses and Eskom permissions where wheeling is required on the national transmission grid when self-generation occurs at a distance from the mine or plant, along with IRP 2019 approvals.

What is required is a streamlined process through some kind of “one-stop shop” made up of the relevant DGs that will enable the urgently required additional power supply to come online in the shortest possible time period.

The Minerals Council’s latest assessment is that some 869MW of solar power and up to
another 800MW of conventional power could be added to the national grid by mining
companies over the next three to four years, with more available from other energy intensive sectors.

“Government should stop trying to place all their eggs in the one basket called Eskom. We
can clearly see that over the past 12 years, despite hundreds of billions of rand funded through much higher electricity prices and substantial tax payer funded bailouts, that Eskom is in an even worse position and this is having a materially deleterious impact on the economy and  3 mining in particular.

We urge government to take decisive steps not only to fix Eskom but also to enable the private sector to bring on stream substantial self-generation capacity. These new self- generation plants would be at no cost to government, the tax-payer or Eskom and would help provide the room for Eskom to get its house in order”, says Mr Baxter.

These shorter-term steps are essential. However, if the broader energy supply and cost issues are to be fully addressed the longer term remedies, including the timeous implementation of the Integrated Resource Plan and the long-awaited restructuring of Eskom needs to be allowed to resume, the latter under the direction of an executive leadership and board empowered to do that.

The mining industry, and South Africa as a whole, needs a reliable electricity supply
characterised by a diversified supply base, globally competitive prices and reliability of supply in order to enable the mining sector to realise its true economic and transformational potential.

We are open to working with the DMRE, Eskom and other parts of government to find a
workable outcome, but emphasises Mr Baxter: “We need concrete action plans and
accountability for delivery and we are asking government to unleash the energy of the private sector to help resolve this national electricity crisis”.