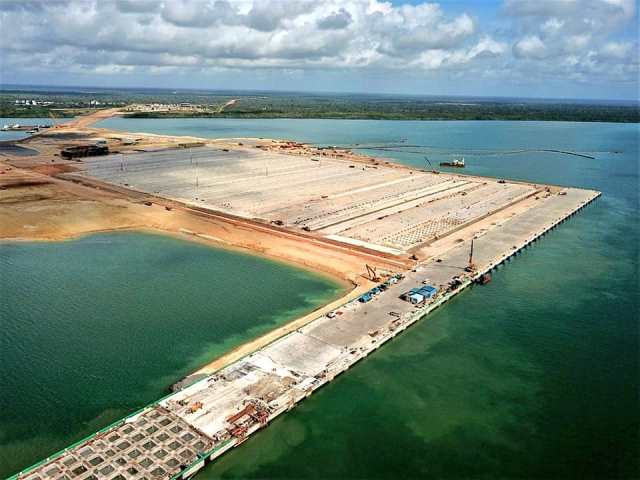 The South Sudan and Ethiopia Transport (Lapsset) Corridor Development Authority has announced that the first berth of the Lamu port is now 100% complete.

On its official Facebook page the authority said that  construction of the first three berths out of the 32 expected, begun with dredging works in December 2016.

Lamu Port is a Government of Kenya initiative to develop a second deep sea port along the Kenyan coast.

It will be the largest deep sea port, with the highest transshipment capability in the East Coast of Africa. The berths have a 400m key length and a depth 17.5-18m along a distance of 6000 m.