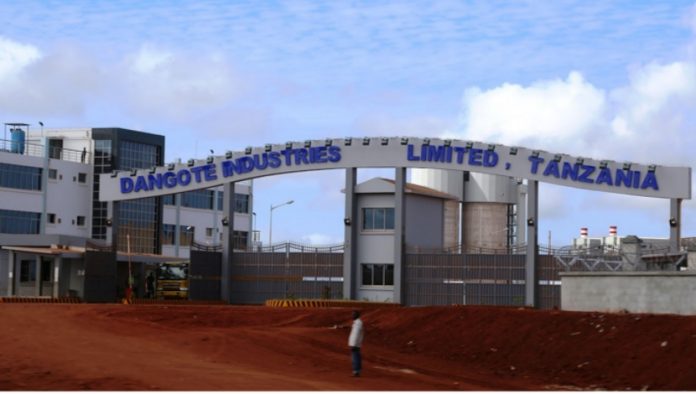 Nigeria
Despite a subdued domestic economy, Nigeria’s cement market remained robust, expanding by six per cent in the 1Q19. However, the rate of growth slowed in February and March.

As a result, Dangote’s Nigerian operations supplied nearly 4Mt, its third-highest quarterly volume despite the loss of weekends to election delays. Nigerian revenues slipped 2.3 per cent at NGN169.9bn while EBITDA decreased 10.4 per cent to NGN103.bn, with a margin of 60.9 per cent. Margins were lower due to higher input and distribution costs.

The average realised price on Nigerian sales was about NGN42,567/t. Following the end of the quarter, the company raised its prices by NGN150/bag, or NGN3000/t before discounts.

Pan-Africa
Dangote’s Pan-African volumes, which represent 30.7 per cent of group sales volumes before inter-company adjustments, increased 4.8 per cent to 2.3Mt in the 1Q19. Revenues increased 2.5 per cent YoY to NGN70.3bn and represented 29.2 per cent of total group revenues. EBITDA declined 9.3 per cent YoY to NGN11.9bn, accounting for a 10.3 per cent share in group EBITDA. EBITDA margins slipped from 19.1 per cent in the 1Q18 to 16.9 per cent in the 1Q19, due to depressed economic conditions as well as competition in South Africa, Zambia and Ethiopia.

In Cameroon individual construction projects, public housing and further African Cup of Nations developments supported the market. Dangote’s 1.5Mta clinker grinding facility in Douala sold around 299,000t in the 1Q19, down 10 per cent YoY, mainly due to security challenges in the North West and South West regions. The company estimates its market share at around 40 per cent.

Dangote’s 1.5Mta integrated works in Mfila, Republic of Congo, supplied 58,000t of cement in the 1Q19, up 49 per cent YoY, and representing a market share of 32 per cent. The rise is attributed to the introduction of the new grade 32.5R product, sales price promotions, the opening of the Brazzaville and Pointe Noire sales depots and clinker export to its Cameroon unit.

Sales at our 2.5Mta factory in Mugher, Ethiopia, were up 19.2 per cent to 527,441t in 1Q19 from the 442,524t sold in 1Q18, with a market share of 24.2 per cent. Total market sales were just under 2.2Mt, supported by the retail sector due to delayed or postponed major government projects. In addition, sales increase was driven by increased operations this year following closures due to social unrest in 1Q18.

In Ghana Dangote sold 117,000t of cement in 1Q19, down 39 per cent YoY due to an inadequate cement supply. However, this situation has now been remedied and the company expects improvements going forward.

In Senegal sales from its 1.5Mta Pout plant remained almost flat at 386,000t in the 1Q19 due to operational challenges as a result of the presidential elections. Exports to Mali remained stable.

Sierra Leone’s increased infrastructure spending is providing a boost to Dangote sales, up by 78 per cent YoY to 58,000t in the 1Q19.

The cement producers 3Mta plant in Mtwara, Tanzania, sold 281,000t of cement in the 1Q19, up 127 per cent when compared with the 1Q18 when the plant was partially mothballed. The company’s market share is estimated at 21 per cent.

Sales in Zambia in the 1Q19 climbed 15 per cent YoY to over 223,000t, helped by reduced pricing in February, a less severe rainy season and aggressive brand marketing. Market share is estimated at around 37 per cent.

Challenging quarter
Commenting on the result, Group CEO, Joe Makoju, said: “It was a challenging quarter with delays to the Nigerian elections that impacted sales, increased discounting in Nigeria and tougher market conditions in South Africa and other Pan-African markets. In addition, our variable costs were hit by foreign exchange effects, as well as higher fuel and distribution costs.

Unrealised foreign exchange losses driven by the variation of local currencies versus US Dollar also impacted negatively our financial results. Combined with the muted volume growth across our operations, all of these factors contributed to a slight fall in revenues and a larger impact on profitability.

“Despite these challenges, we had our third-best volume quarter in Nigeria and increased Pan-African sales volumes by nearly five per cent. We are optimistic that the Nigerian market will accelerate when the government and private enterprise focus on infrastructure and economic development and we have taken steps to protect our margins by introducing a price increase at the beginning of April.

“Our balance sheet remains strong with a low level of net debt resulting from continuing strong cash generation. This financial strength is what enables us to maintain our position as Africa’s leading cement company, despite the challenging conditions we have seen so far in 2019,” he added.