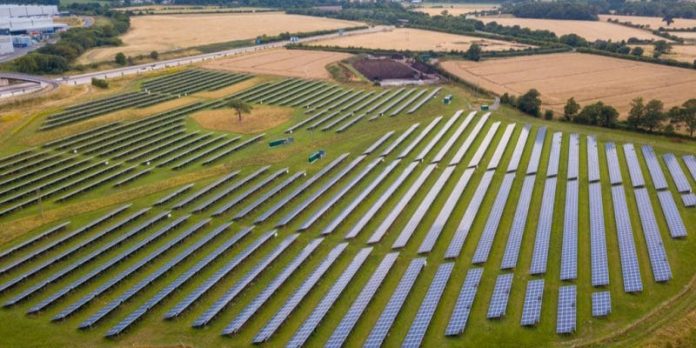 The solar plant, which is located in Lusaka South Multi-Facility Economic Zone in the country’s south, is part of the World Bank Group’s Scaling Solar programme carried out by Zambia’s Industrial Development Corporation (IDC), which awarded EGP in June 2016 the right to develop, finance, construct, own and operate the plant.

“With the connection to the grid of Ngonye in Zambia, we are reconfirming our commitment to helping the country leverage on its vast wealth of renewable resources, which poses a great opportunity for growth,” said Antonio Cammisecra, Head of Enel Green Power.

“Through this project we are boosting the government’s ambitious push to improve access to electricity throughout the country, while diversifying its generation mix to hedge against severe drought and climate change effects. This successful project also confirms that effectively-designed development programmes, like Scaling Solar, are key to attracting private renewable investments in Africa.”

The Ngonye solar plant, which is owned by a special purpose vehicle 80% held by EGP and 20% by IDC, is supported by a 25-year power purchase agreement signed with Zambia’s state owned utility ZESCO. Once fully up and running, the facility is expected to produce around 70 GWh per year, while avoiding the annual emission of over 25,600 tons of CO2 into the atmosphere.

Zambia has a significant need to diversify its energy generation mix, currently dominated by hydro, with the aim to increase the security and quality of supply by meeting the country’s growing electricity consumption while encouraging the electrification of rural areas.

For this reason, Zambia’s government launched a series of initiatives to promote the development of renewables, with a particular focus on photovoltaic power, setting the goal of installing up to 600 MW of solar power within the next two to three years.

In this framework, IDC launched a tender for the development of two PV projects with a total capacity of up to 100 MW structured according to the World Bank Group’s Scaling Solar programme, with the International Finance Corporation acting as advisor. At the same time, Zambia’s Government launched another tender for an additional 100 MW of PV to be awarded under the GET FiT solar framework.

In Africa Enel Green Power is currently the largest independent renewable energy player in terms of MW installed. The Enel Group is investing around 700 million euros in the continent, building 900 MW of wind and solar capacity over its 2019-2021 strategic plan. The Group currently operates in Zambia, as well as South Africa where it has over 500 MW in operation and more than 700 MW in execution.

Additionally, Enel Green Power was awarded 100 MW of solar capacity in Ethiopia and has 180 MW of wind capacity in execution in Morocco, out of a total of 850 MW awarded in the country.