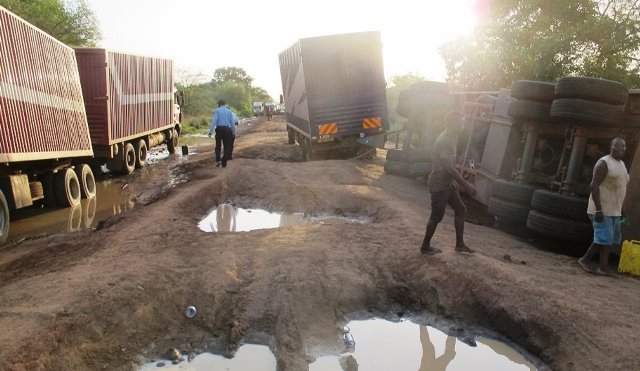 Addressing delegates from about 30 African nations who are members of the African Roads Maintenance Funds Association (Armfa), which is holding its 17th annual general assembly at Swakopmund, Mr Mutorwa observed that lack of proper roads in rural areas has had a negative impact on the economy of communities.

“This is on a continental, sub-regional and national level. Even our rural areas are suffering (due to) a lack of roads which are crucial for rural communities and farmers to reach their markets. We must reverse that scenario,” he said.

Well-developed and maintained Africa roads infrastructure, he said, are “growth and trade enablers” that will streamline free trade and socio-economic integration on the continent.

On his part, Finance minister Calle Schlettwein  said  that while Africa has the potential to create partnerships in road construction, key issues such as fund management and corruption has been blamed for derailing such efforts.

In fact, this is as mandatory for fund management as for the construction and operations’ side for roadworks for which the development of local capacity to execute the projects needs to be enabled competitively,” Schlettwein told the meeting.

He said the importance of infrastructural investment, development and management becomes even more relevant in light of last year’s agreement in Rwanda by African heads of state to establish the continental free trade area, which includes a market of about 1,2 billion people with a combined GDP of nearly N$36 trillion.

According to Schlettwein, this opportunity arises at a time when intra-African trade remains low, estimated at about 18%, compared to, for example, 59% and 69% for intra-Asian and intra-European trade, respectively.

“Efficient transport infrastructure is indispensable for unlocking the aspired continental integration agenda, and the trade creating opportunities it engenders.

In this increasingly integrated sphere of development, the completion of the strategic transport corridors and the efficient operation thereof become a high priority for integrated planning by financiers and operators,” he explained.

The meeting is discussing issues around roads development needs of member countries in line with the theme ‘Sustainable roads infrastructure: impact on regional integration and free trade Africa’.