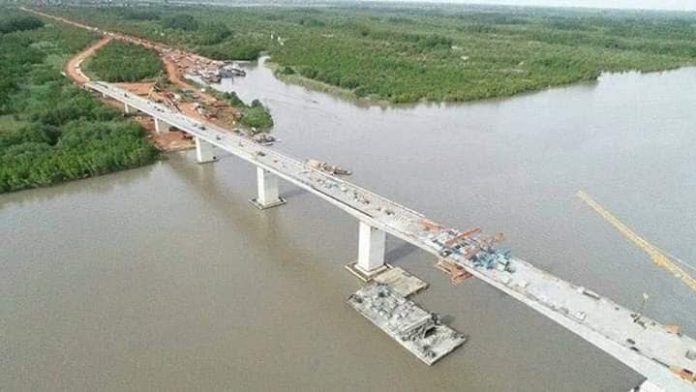 President Adama Barrow alongside his counterpart Macky Sall, president of the Republic of Senegal, have inaugurated Trans-Gambia Bridge describing it a monumental achievement.

The 1.8 km bridge is expected to ease long-standing constraints in the movement of peoples from both banks of the River Gambia.

The lack of a physical infrastructure over the Gambia River in the past had posed serious challenges to the free flow of intra as well as interstate movement of peoples, goods and services in the area and beyond.

Rickety ferries were entirely relied on to ferry people, goods and services to both banks of the river, causing untold delays and other constraints to trade especially in perishable products.

The bridge, which is part of the Trans-Gambian Road Corridor, is a vital economic and strategic link connecting north and south banks of the River Gambia as well as The Gambia, Senegal and other countries in the sub-region.

As the main beneficiaries, both countries believe that the advent of a landmark bridge across the waters will look to ease trade and other movements to other parts of the region including to other West African neighbours such as Guinea Bissau and Mali.

The $93million bridge, an idea mooted in the mid 1970s was mainly funded by the African Development Bank as part of its drive for greater economic integration in the region through its flagship Trans West Africa Corridor project linking Dakar and Lagos.

The toll bridge which took four years to build over the River Gambia is 942 metres wide and five storeys high.

It has a 100-year safety guarantee according to the engineers.

Building and engineering works started in 2015 four years after Gambia officially signed an agreement to build it on its territory with over 90 percent financial outlay by the African Development Bank.

The bridge at a glance

Longest suspension bridge in Africa opens, and it looks tremendous