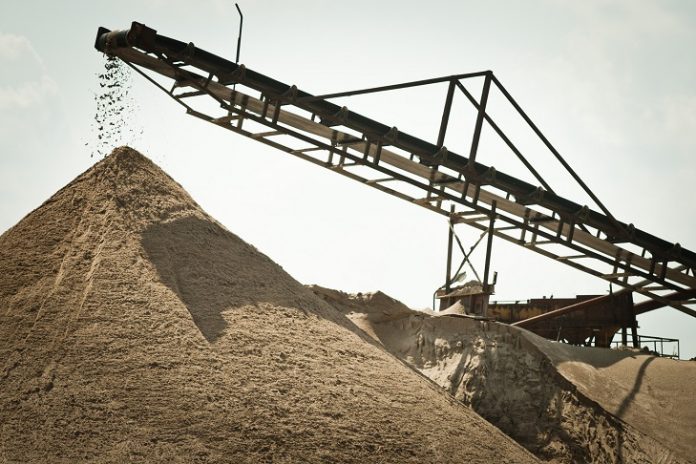 The report observes that urbanization and infrastructure development are resulting in a global shortage of sand, the second most extracted natural resource after water,causing increase in prices for the commodity.

In rapidly urbanizing sub-Saharan Africa for example, the report predicts that increasing sand prices will continue to cause construction strains. Uganda for instance,has exhausted local supplies and is now turning to imports.

The report singles out China as the consumer of the highest amount of sand globally.”To get a sense of scale, China used more sand between 2011 and 2013 than the United States did during the entire 20th century,” notes the report.

In India, the construction boom is fueling not only a price spike—with reports of price increases between 100 and 150 percent in the past two years—but also a sand mafia that has become notorious for violence.

There are similar criminal groups operating in Indonesia and elsewhere in Asia. US prices for cement and concrete rose nearly 70 percent between 2004 and mid-2018, driven in part by sand-intensive hydraulic fracturing (fracking) in the oil and gas sector.

Even desert-based construction hotspots such as Dubai must import construction-grade sand, often taken from beaches, riverbeds, and lakebeds across the world.

This rising sand demand is having devastating environmental effects, including rapidly intensifying the erosion and degradation of water-based ecosystems around the world.

In 2019, rising sand prices will put financial strain on the construction industry, particularly in emerging and frontier markets. This trend could lead to the slowing or cancellation of some projects oberves the report.

Countries such as Vietnam will be particularly sensitive, given that sand prices there rose about 200 percent in 2017 alone as the government seeks to eliminate illegal sand dredging.

Singapore, the world’s largest sand importer, will face greater scrutiny and delay of development projects as global attention to the issue rises.

The country is already subject to sand export bans from Vietnam, Indonesia, and Cambodia for alleged long-term participation in sand smuggling.

As a result, countries and construction companies—particularly those in Asia, where the illegal sand trade is receiving growing attention—will come under more pressure to demonstrate that they are complying with the law.

Effects will include a further rise in legal sand prices as well as downward pressure on the global construction boom.