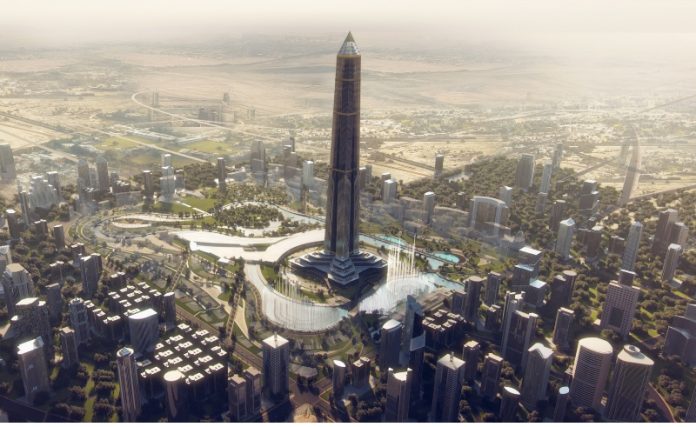 Egypt’s new administrative capital will in the coming years play host to what is being described as the “tallest building” in Africa.

Initial work on the Iconic Tower will start in March this year paving work to start on the building that will stand 390 metre tall.

Construction will be undertaken by a number of Egyptian construction companies in collaboration with China State Construction Engineering Corporation (CSCEC).

Johannesburg’s Carlton Centre has been the tallest building in Africa since 1973 standing at 223 metres in height.

Prime Minister Mostafa Madbouli says that concrete foundations for the tower would be poured continuously over 80 hours.

The project is one of several Dubai-style mega projects being built in Egypt’s new administrative capital 45 kilometres east of Cairo.

Whether the Iconic Tower will actually be the tallest building in Africa is subject to time as similar projects are being planned or are under construction on the continent.

Kenya for example is building what it says would be the largest structure in Africa.

Apart from the planned Iconic Tower, Egypt is also planning the construction of another building which it says would be among the tallest in Africa.

Designed by the late Architect Zaha Hadid who passed away in 2016, The Nile Tower has been described as one that tells the world that “Egypt is ready for business.”

A recent BNC Network report shows that Egypt construction industry is booming with 1,400 active construction projects worth $348.2bn currently underway in the country.

The report dubbed “Urban construction in Egypt” shows that the country recorded a 10%growth last year bucking the country’s national annual growth of 5.3% over the past four years.