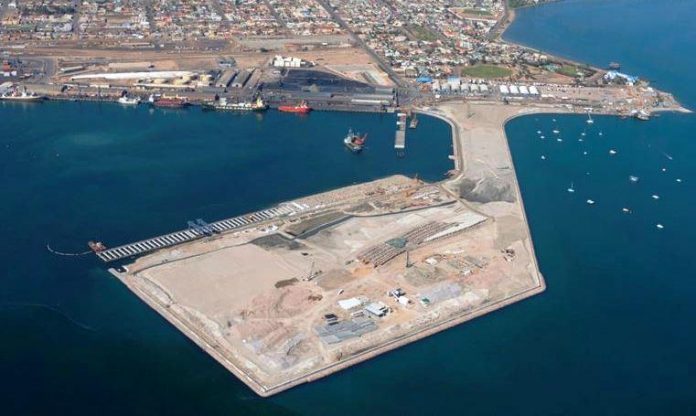 Construction work for Walvis Bay Port container terminal in Namibia has kicked off in earnest, the African Development Bank Group has said.

Expansion of the port is set to catapult Namibia to a regional logistics hub in the coming years in line with Vision 2030.

The project includes the construction of a new container terminal on a 40 ha of land reclaimed from the sea, which is expected to lead to more and sustained trade between the South African Development Community and the rest of the world.

Situated on Africa’s western coast, the modernized and larger port will mean easier and much faster transit between Southern Africa, Europe, Asia, and the Americas.

Expectations in the region are running high at the prospect of becoming a regional logistical hub.

The construction of the new container terminal is due for completion in June 2019; work is already more than 85% complete on the expansion works, with ancillary activities to follow.

“The port expansion will create more job opportunities for everyone here. We will have to put in a lot more work, which presents a good opportunity for others to study into this field and benefit from increased job opportunities,” says Caylin Luhzane Wimaar a clearing and forwarding practitioner at the port.

Walvis Bay Port new modern container terminal is expected to increase the container handling capacity from the current 355,000 twenty-foot equivalent units (TEUs) to up to 1,005,000 TEUs.

The project is supported by a loan from the African Development Bank to a tune of about US $300 million.

In funding this project, the bank aligns with the Namibian Government’s ambition to increase the capacity and efficiency of the Walvis Bay Port to respond to the growing freight demand in the region, says African Development Bank Group.