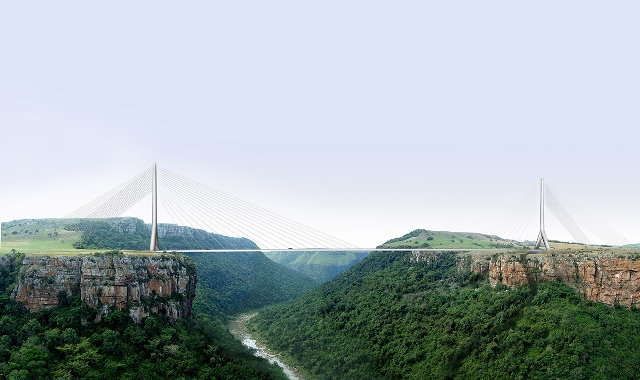 International construction firm Mota-Engil and South Africa’s Concor have joined forces to build one of the longest bridges in Africa.

Construction is due to start in February 2019 and will last for 33 months, with initial planning proceedings set to begin in October 2018,according to Sanral.

Upon completion, the Msikaba bridge that has been designed by Dissing + Weitling will be the second largest with a tower-to-tower distance of 580 meters.Maputo-Catembe Bridge in Mozambique will be longer with a suspension span of 680 meters.

The cable-stayed bridge will also become the third highest bridge in Africa with a deck 194 meters high.

The concrete structure will have a deck 22.8 meters wide with walkways on both edges and is expected to use some 2,700 tons of structural steel and 2,500 tons of cables.