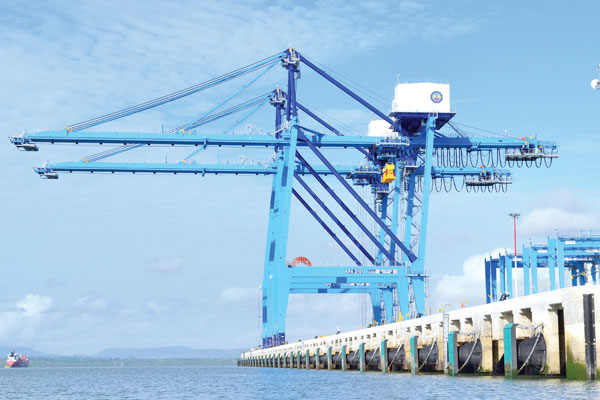 Kenya Ports Authority recorded an overall improvement that saw an increase in cargo handled during the month of June and six months into the year, half year performance report has shown.

The report shows that in the month of June, Mombasa port handled throughput of 2,720,000-deadweight tonnage (DWT) which is 0.6 per cent increase compared to the same month last year.

The report further shows that the cumulative container traffic for the period of January to June saw an increase of 5.3 per cent with the port handling 614,625 TEUs compared to 583,6661 TEUs during a similar period last year.

The growth is attributed to an increase in dry bulk and containerized cargo which recorded an increase of 6.8 per cent and 10.6 per cent respectively.

Daniel manduku KPA’s acting managing director said that the increase of throughput and container traffic is an indication of economic activity in the region but also an increase in performance of the port authority.

The performance report shows that the average period containers stay at the marine terminal upon offloading from the containership was 3.4 days, compared to 3.8 days last year.

The rail cargo freight services to be constructed in Mombasa would bring positive impact hence reduce congestion in the port.

Container ships turnaround statistics shows correspondence to the length of time a ship takes in the port before exit.

The ships spent an average of 2.8 days at the port compared to 3.1 days last year.

The good performance at Mombasa port follows the completion of the new second container terminal at the Port.