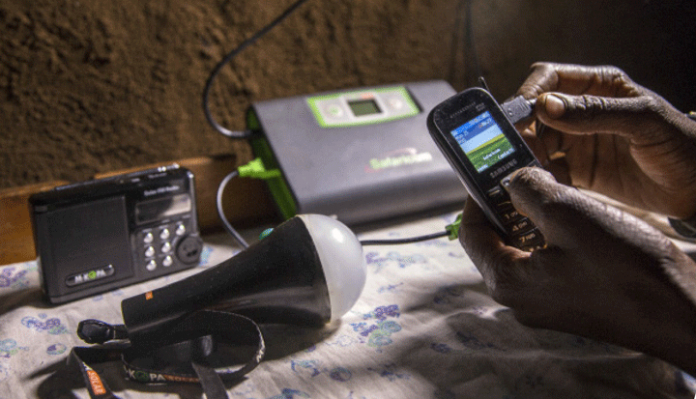 Households using small scale-solar power in East Africa are reporting a rise in economic activity, with an improvement in income and job opportunities, a new report from GOGLA , the global association for the off-grid solar energy industry has shown.

The research, funded by The UK’s Department for International Development (DfID) and conducted by Altai Consulting, was based on data collected from over 2,300 small-scale Pay-as-you-go (PAYG) solar owners in Kenya, Mozambique, Rwanda, Tanzania and Uganda in Spring 2018.

With more power for enterprise such as retail and entertainment together with increased working hours, over a third of respondents reported an average income increase of $35 a month, more than half the average monthly GDP per capita of the countries surveyed.

Over 10% have started a new business, and 7% report getting a new job. Providing electricity at home, solar has also unlocked more time for economic activities, with many customers (44%) reporting that they are using previously dark and unproductive hours to work.

Furthermore over 90% of households replacing toxic kerosene lamps, used by millions in the developing world, claim both improved health and feelings of safety.

With the focus on “Transformation towards sustainable and resilient societies”, the group is seeking insight on how to meet SDG’s including SD7 ‘Ensuring access to affordable, reliable, sustainable and modern energy for all by 2030’.

“This report shows that the net economic and social benefits off-grid solar are a huge opportunity for national governments of the developing world. Governments tell us they are interested in jobs and economic impact.”

He added,”As this report shows, off-grid solar is directly delivering such impacts and significantly. We call on policy makers, treasury and energy departments to work together with off-grid companies, banks and institutions to breakdown barriers to off-grid solar and build a pathway to accelerate energy access.”

Currently, 1 billion people across Africa and Asia, about one in seven people on earth, have no access to electricity. With falling prices, increased efficiency and financial innovation, such as pay-as-you-go consumer finance, over 120 million people have now shifted from toxic kerosene lamps, candles and diesel generators to clean off-grid solar electricity since 2010.

Additional findings of ‘Powering Opportunity: The Economic Impact of Off-grid Solar’ show that, for many households, extra light and abandonment of kerosene has seen life improve both because children have more time to study and they feel safe at night.

Off-grid Solar electricity has also meant access to previously unobtainable products and services, such as televisions and phone charging opening up opportunities for work and leisure. The vast majority (94%) report an improvement in quality of life with solar.