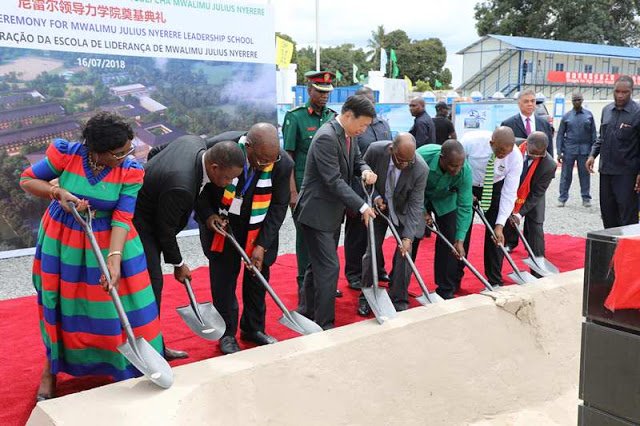 Mr Magufuli said that the leadership college will help enhance service delivery in the country.

“We have decided to unveil a modern Tanzania where industrialization thrive, where ideology is key and a country whose leaders have vision,” he said.

The Construction of the Julius Nyerere Leadership College will cost $45M, and it’s expected to be finalized in 2 years. The college will offer courses in leadership & manifestos.

Owned by ruling party Chama Cha Mapinduzi(CCM), the college is intended to groom CCM leaders to better equip them for leadership roles in the country.

“Building the Julius Nyerere Leadership College is a vital measure to strengthen parties and improve governing abilities so as to make positive contributions to their own countries’ development,” said Mr Jinping.