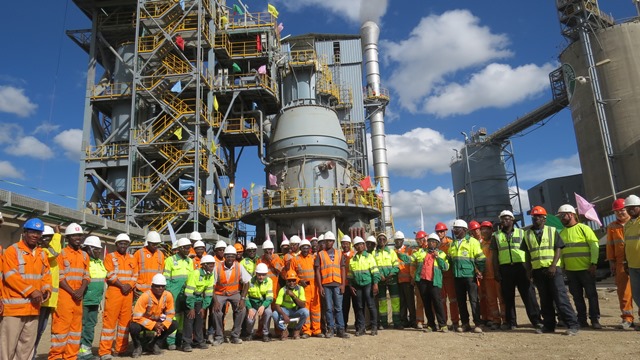 The new plant is part of the ambitious capacity expansion programme which the cement maker commenced three years ago.

“The contractor is on schedule and will soon be handing the project over to the company for full operation,” said Mr Hassani.

He added that the next phase would involve conducting tests on the system for efficiency before commissioning it.

The key components of the new production line that are already completed include the 140 tonnes per hour Vertical Cement Grinding Mill (VCM) complete with grid recirculation, process dedusting and hot gas generator, two new cement storage silos with a capacity of 1,500 tonnes each, new 120 tonnes per hour cement packing machine, power installation among other auxiliary equipment.

When fully operational the new plant will allow Bamburi Cement to start production of two high strength cement brands that were previously only produced at the Company’s Mombasa Plant.

Bamburi’s expansion plan comes hot on the heels of increased construction activity in Kenya and the region in general.

In Kenya the government targets to construct 500,000 low cost houses in the capital Nairobi. Construction of a major railway line connecting Nairobi to Naivasha has already been launched.

Bamburi Cement hopes that its expansion plan therefore will be instrumental to match expected demand.