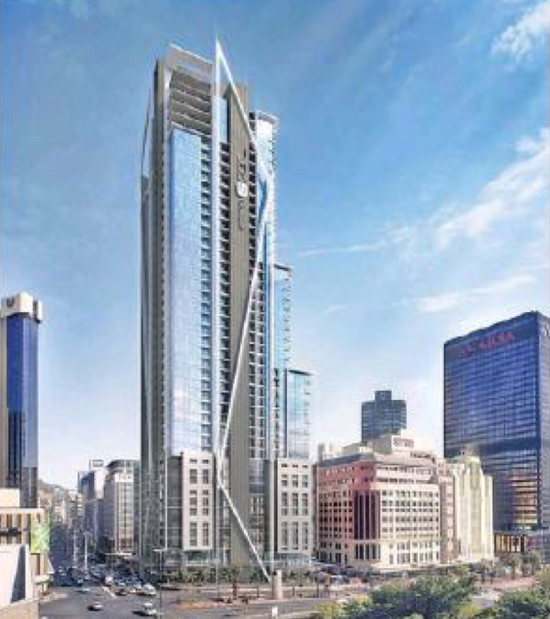 Mayor Patricia de Lille has put forward a proposal that may see Cape Town’s tallest building to incorporate affordable housing the first such project in the city centre since democracy.

The Zero2One scyscraper will be built on the block surrounded by Adderley, Strand, St Georges and Waterkant streets.

A significant part of it will be set aside for households with income less than R15,000 per month.

Activist organisation Ndifuna Ukwazi, in a statement released on Sunday, explains, “The developers, FWJK, submitted an application last year to build the tallest skyscraper in Cape Town … They requested additional rights to build higher than the zoning scheme allows.

Ndifuna Ukwazi objected on spatial justice grounds, arguing that less than 6% of Black and Coloured families in the city would be able to buy even the cheapest apartment.

The Municipal Planning Tribunal approved the development in December with an affordable housing condition but it was vague and unenforceable. Ndifuna Ukwazi then appealed this decision to the mayor asking for clarity.”

In a notice dated 18 May, the mayor writes that she is considering the Ndifuna Ukwazi appeal.

She proposes an amendment to the Zero2One approval that “20% of the additional floor space applied for and granted for the residential component of the development … shall be units of 30m2 or less in extent which shall be reserved for sale” to households earning no more than R15,000 per month “and who qualify for housing in the City’s housing database”.

Owners of the affordable units will only be able to sell to other households earning up to R15,000 (adjusted annually for inflation) within the first eight years of having purchased the unit. De Lille has asked for comments from those who objected (such as Ndifuna Ukwazi), as well as FWJK, by 1 June.

Exactly how many units this will come to is unclear at this stage but one estimate suggested to GroundUp was between 40 and 60.

Ndifuna Ukwazi described the proposal as a “landmark decision”. The organisation states, “The City has recognised its obligations to advance spatial justice and equitable access to land and housing through land use decisions.”

However, the organisation warns that there are “challenges” because the proposal doesn’t provide for “rental housing or stop new owners from moving out and renting the apartment at market rate”.

Another concern is that the apartments will be small and only suitable for one or two people each. Also, Ndifuna Ukwazi is concerned that owners may struggle to pay expensive levies.

The activist group has objected to 40 other “exclusive” and “well-located” developments across Cape Town, and hopes to achieve similar outcomes.