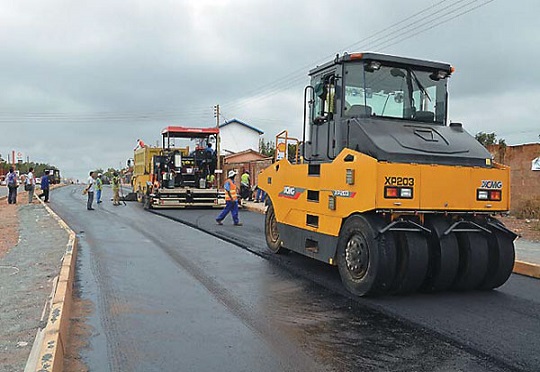 United Kingdom Department for International Trade (UKDIT)  it has the financial muscle to to help address a chronic African infrastructure problem which the World Bank estimates to be about US$93 billion a year in the Sub-Saharan region alone.

“African infrastructure challenges not only inhibit its ability to trade with the rest of the world but are also a significant obstacle to intra-African trade, both of which are critical to the continent’s economic growth agenda,” comments UK Trade Commissioner for Africa Emma Wade-Smith.

“Finance is a critical component of infrastructure development and the combined risk appetite of £21.4 bn we have across the region to facilitate projects is a clear sign of the UK’s belief in Africa’s long-term economic growth trajectory.

Loans can be extended in the local currencies of nine African countries for projects ranging from transportation, mining and general construction, though they must include at least 20% UK content and meet all other lending criteria.

“Of course, projects must still meet all the lending requirements before we’re able to disburse any funding. But in terms of capacity, we have the ability to provide significant funding for infrastructure projects across Africa,” Wade-Smith adds.

Read:Africa unable to benefit from shipping boom over poor infrastructure

Although Africa is the second-fastest urbanising region in the world behind Asia, with estimates showing that in the next 30 years more than half of its projected 2.2 bn people will live in cities, the continent still struggles from a chronic lack of basic infrastructure.

Data compiled by the Washington D.C.-based Brookings Institution show that 319 million people across Sub-Saharan Africa have no access to reliable drinking water, 620 million have no access to electricity, while only 34% of the continent’s people have adequate road access.

“There is enormous scope for Africa to boost its exports to the UK and indeed other parts of the world if it can address its infrastructure backlog,” says Wade-Smith.

“The research shows that in the long-term trade is better than aid and without adequate infrastructure it will be very difficult for Africa to boost its ability to buy and sell with the rest of the world.”

UKDIT in Africa has been instrumental in establishing the Africa Infrastructure Board, which brings together UKEF, the Department for International Development (DfID) as well as UK infrastructure and mining companies that are already active in Africa.

Its ambition is for UK government and industry to work together to identify major infrastructure projects across Africa that can benefit from the UK’s extensive expertise in the fields of finance, engineering and governance, as well as health and safety.

Department for International Trade in Africa is currently tracking numerous active infrastructure projects across the continent which it believes could benefit from UKEF funding.

One such project that has already benefited is Uganda’s Kabaale International Airport which, when completed, will be the East African nation’s second-largest airport, thanks to the £215 m loan it received from UKEF in December 2017, the largest-ever facility granted to an African country by the export credit agency.

“UKEF’s risk appetite for Africa has more than doubled in the last few years in line with Africa’s improving economic and socio-political fundamentals,” notes Wade-Smith.

“The continent is becoming increasingly democratic and economically stable, which is heartening as with infrastructure commitments one needs to be in it for the long haul,” she adds.