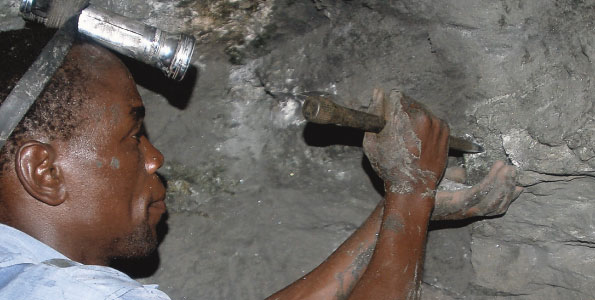 The system will enable customers to submit applications online as well as undertake all other statutory business processes such as making payments, submitting reports and production returns as well as doing renewals.

The e-licensing system is also aimed at improving tax collection as well as check compliance.

“Most of our internal processes are still paper-based and can be quite cumbersome. This sometimes leads to delays or incorrect decision making by officials. By moving our mineral licensing system online we are essentially digitising both our data and our processes,” said Mrs Kuterema.

Spearheading this process is Spatial Dimension, a Trimble Company, that has been contracted by the Directorate of Geological Surveys and Mines (DGSM) to upgrade mining cadastre to an e-government based mineral licensing system.

Mr Vincent Kedi, Principal Mining Engineer at DGSM, said that the online transition is an important one aimed at positioning Uganda as a mining destination of choice.

Proponents of the e-government system think that it will enhance transparency in the sector as opposed to traditional Uganda mineral licensing system that is hard to verify.

Uganda is in the process of reorganizing its fledgling mineral industry which it sees as a potential foreign exchange earner.

In 2014, the country completed a $75m national mineral survey to generate useful geological data and help attract investors.  The survey showed that the country has substantial gold deposits.

According to the US Department of Commerce,Uganda’s gold reserves support scores of artisanal small-scale mining (ASM) operations that collectively employs 200,000 people.