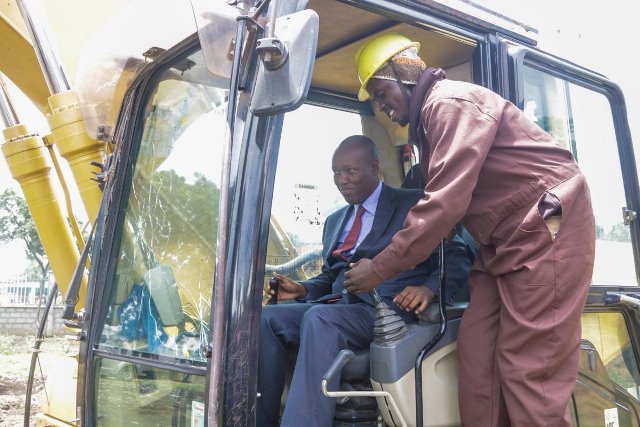 Egerton University has started construction of a mega mall in Nakuru under its Retirement Benefits Scheme.

The ground breaking ceremony of the Golden Life Mall was presided over by area governor Lee Kinyanjui. The project which will cost 1.6 billion, is expected to be completed in 2020.

According to Governor Kinyanjui, the mall will not only help in creating employment but also attract diverse investors.

He challenged pension schemes in the devolved unit to invest more in housing citing demand for affordable homes that could provide much needed revenue streams for the funds.

Speaking at the same function Egerton University Vice-Chancellor Prof Rose Mwonya, said the upon completion the mall in Nakuru will improve income flow for the scheme.

She said it will also be a landmark building that will improve the profile of Nakuru town.

Prof Mwonya revealed that among other special feature, the mall will provide ample parking and office space that will decongest Nakuru town.

Kenyan pension schemes are increasingly investing in real estate which is largely considered lucrative. The Safaricom Staff Pension Scheme for instance, is finalizing a mixed use development in Athi River aiming to reap huge returns.

Zamara on the other hand has started the construction of a Sh400 million mall in the outskirts of the capital Nairobi.

The mega mall will sit at the firm’s 30-acre plot in Kitengela where it has put up 211 housing units worth Sh2.7 billion.

The pension firm says construction of the mall is a first step towards boosting income for the fund that currently manages Sh23 billion belonging to 33,000 workers.

Observers says that there is an oversupply of retail space in Nairobi hence the need to focus shift to counties.

Nairobi is home to major malls such as Two Rivers, The Hub Karen,Garden City Mall, Thika Road Mall, among others.