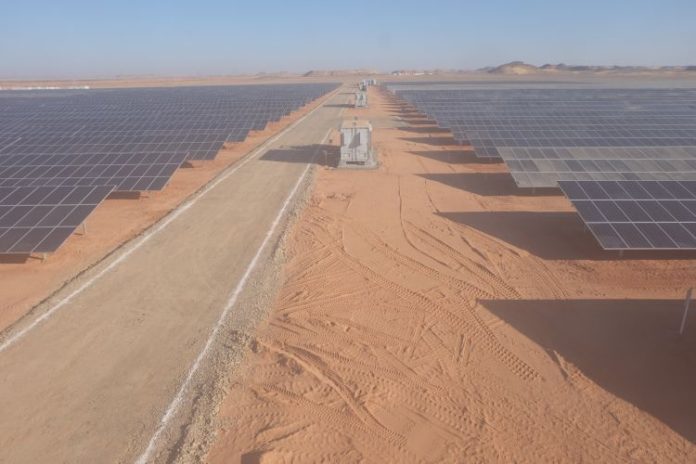 Egypt is constructing a huge solar park that upon completion will be the world’s largest. The Benban solar complex as it is being called is located near the southern city of Aswan.

The solar park is designed to house 32 power plants.

All the plants are scheduled to be powered up by mid 2019 and will be capable of churning out a combined 1,650 megawatts of electricity—enough to power hundreds of thousands of homes and businesses.

“This is revolutionary,” says Sunil Kulkarni, the chief executive officer of Shapoorji Pallonji, an Indian company specializing in renewable energy that is building one of the plants.

The total cost of the project is expected to range between US$3.5 billion and US$4 billion. The project takeoff and completion will mainly depend on investments.

“Egypt population continue to increase tremendously, we need large investments in infrastructure, which the government cannot afford on its own and that’s why we need private sector investments,” says Lamya Youssef, the head of private sector power at the state-run Egyptian Electricity Transmission Company.

IFC and a consortium of other lenders have pledged $653 million to support the project. The financing will help 13 private companies build and operate power plants at the site.

“This project will help Egypt tap into its massive potential for solar energy and scale back its use of expensive—and polluting—fossil fuels. That’s especially important with the specter of climate change looming,” says Mouayed Makhlouf, IFC Director for the Middle East and North Africa.

More than 10,000 people will work at the site during construction and once the park is fully operational it will employ 4,000 people.

Although Egypt has a huge solar energy potential, high cost of solar plants has meant that for decades Egypt has relied on fossil fuels to power its towns and villages.