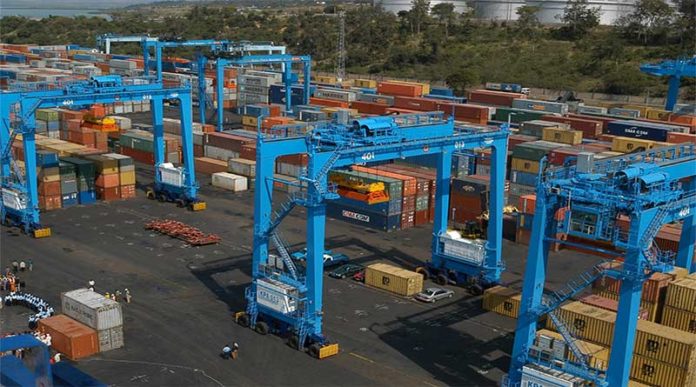 The Kenya Port Authority says that all ships docking at the  Port of Mombasa will have to switch off diesel-operated engines and power their auxiliaries using the electricity provided at the berths as part of its green port policy.

The project, which is being carried out with assistance from TradeMark East Africa, includes provision of electrical power to ships calling at the harbour in what is known as ‘cold ironing’.
Several power sub-stations have been put up within the expansive port berths.

KPA managing director Catherine Mturi-Wairi  the their aim is to implement projects that will reduce carbon footprint progressively.

The eco friendly cranes will provide dust and spillage-free unloading through a dust control system that minimizes escape of dust during discharge and reduces running expenses on average by 30%.

Also on the cards is the establishment of the Maritime Technology Co-operation Centre to aid data collection on ship fuel consumption, and the adoption of low-carbon technologies.

The Kenya Ports Authority (KPA) is also putting up terraces in steep areas. Other measures include replacing asbestos roofs with aluminium sheets to allow rain water harvesting and installation of solar panels.