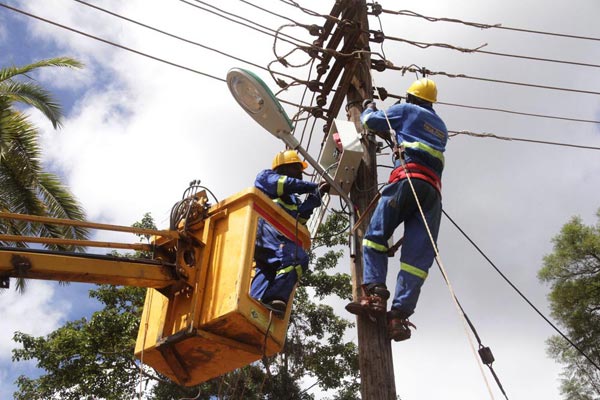 The Energy Regulatory Commission (ERC) said that during this time most households and businesses are shut down and electricity demand is low.

In a deliberate move aimed at boosting industrialization in the country energy charge billed by Kenya Power for commercial consumers metered at above 11 kilovolts (kV) will decrease by a third to Sh5 per kilowatt hour (kWh) from Sh7.50 per unit.

Commercial users, who are metered at between 450 volts to 11 kilovolts, will pay Sh7 per unit from Sh9.20.

“The introduction of the night power tariffs will help promote commercial and industrial growth in Kenya while maximising on the surplus energy available at off-peak hours,” said ERC acting director-general Pavel Oimeke.

Experts believe that cheap electricity can help industries that produce goods for export across East Africa compete with rivals in South Africa and Egypt where the cost of electricity if relatively cheaper.

Kenya is struggling to revive its manufacturing sector that has largely lost out to Ethiopia due to the high cost of electricity.

But hopes are high with the impending injection of 310MW from the Lake Turkana Wind Power project into the national grid.

Apart from enabling a decline in electricity costs, the Turkana wind power project will also enable Kenya to significantly reduce power generation from thermal plants which are largely the cause for high electricity costs due to energy and capacity charges.

The world Bank considers availability of cheap electricity as a major component on the ease of doing business.