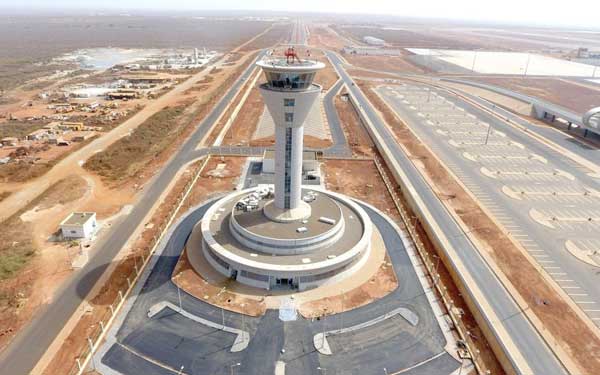 Unlike many airports in Africa that are normally located near the capital, the new airport that is set to be one of the largest in Africa will be located in rural Diass, around 40 kilometers east of Dakar.

Also Read:Modern terminal at Abuja airport to be opened 2018

Its location was informed by the need for space and diversification of the economy out of the capital Dakar.

“The idea is to see if we could drag economic activities out of Dakar,” says AIBD Deputy Director General El Hadji Ibrahima Mané, “New infrastructure is essential to this ambition”, he told CNN.

Built on a 4,500-hectare land area, Blaise Diagne International Airport will have initial capacity for three million passengers per year, rising to 10 million per year. The new facility is also designed to accommodate larger planes like the Airbus A380.

The AIBD airport also boasts a larger terminal and runways that can accommodate more passengers and flights.The airport will provide over 540 employment opportunities during its operational phase.

Mooted in 2007, the largest airport in Senegal has been hit by delays related to land compensation and other financial issues.