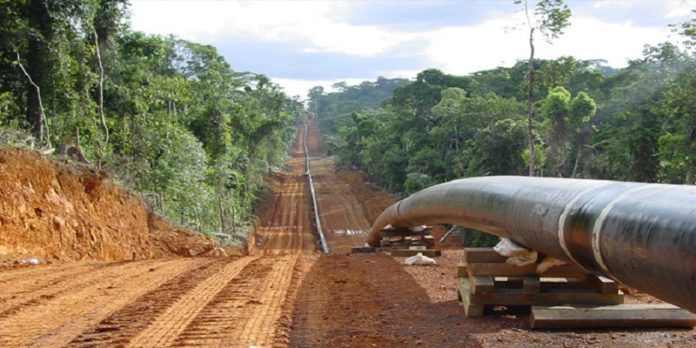 Uganda is set to commission the construction of a major oil pipeline in the country dubbed East African crude oil pipeline.

It follows a similar launch of the project in Tanzania in August this year.

The oil pipeline runs from the Hoima oil wells in Uganda to the Indian Ocean Port of Tanga in Tanzania.

Tanzanian President Joseph Magufuli is scheduled to travel to Uganda where, together with his counterpart Yoweri Museveni,will  lay a foundation stone for the construction of the oil pipeline.

The Hoima-Tanga crude oil pipeline, the longest of its kind in the world, will cost $3.5 billion and will be completed by 2020. The pipeline works will be undertaken by Total E&P, CNOOC and Tullow Oil, together with the two governments of Uganda and Tanzania.

Tanga route has convenient flat terrain, not interrupted by other activities, has lowest environmental challenges, and provides the shortest schedule for Uganda to see the first oil exports around mid-2020.

Kenya decided to continue with plans to build a crude oil pipeline from oilfields in south Turkana to Lamu at an estimated cost of $2.1 billion (about Sh216.95 billion).

The East African crude oil pipeline will on completion carry 216 000 barrels of crude oil for export per day.

Uganda has so far discovered over 1.5 billion barrels of commercially viable oil. Some of the oil will be refined in the oil fields, while the crude will be transported to the coast, according to Uganda government plans.