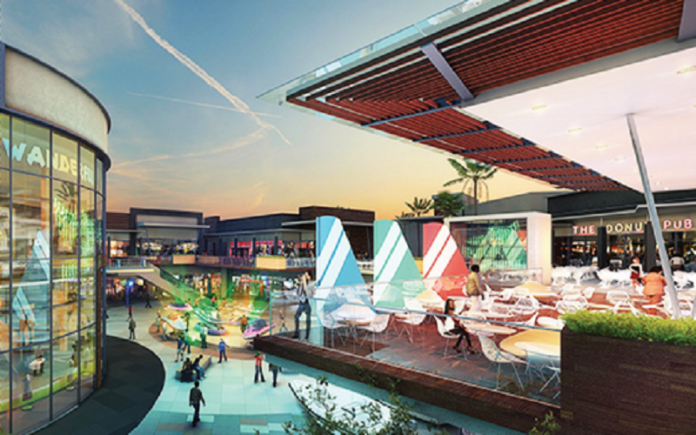 Shoppers and retailers in South Africa opened the much awaited Cornubia mall in pomp and colour ushering in another major mall in the country.

Darryl Mayers, Head of Investec Property South Africa who are the developers of the project said that the mall will be home to 110 retailers. Acknowledging that Cornubia mall has been an immense project Mayers added that the mall has been in the making for eight years-from acquiring the land to its opening.

“We have brought a number of firsts to KwaZulu-Natal’s communities from Bounce Trampoline Park, Cycle Lab megastore, Fives Futbol, Consol Glass and a 7-screen Nu Metro cinema complex featuring 4DX to being one of the only malls to offer all three large food retailers (Pick ‘n Pay, Checkers and SPAR).”

Mayers disclosed that there is room for further growth of the mall revealing a plan for a 20 000m² expansion in the future. The second phase will include addition of a further 70 stores.

“The mall has brought infrastructure, jobs and skills transfer and improved transport to residents within the Cornubia development and surrounding communities,” he boasted.

Mayers said that the mall has created about 1 100 permanent jobs, while at least 2 500 temporary jobs were created during construction. He urged retailers to employ people from surrounding communities.

Central to the ethos of the Cornubia Mall is connecting into the local community in a meaningful manner to help support them.

“We will soon be launching the Cornubia Mall Trust and will work very closely with community members to assist with needs in their communities with a focus on education, entrepreneurship and infrastructure initiatives through this trust,” he disclosed.

Its competitors include Africa’s largest mall, the 220,000m² Umhlanga’s Gateway Theatre of Shopping and Ballito Junction which opened in March.

However Investec believes that KwaZulu-Natal still has scope for new retail centres.