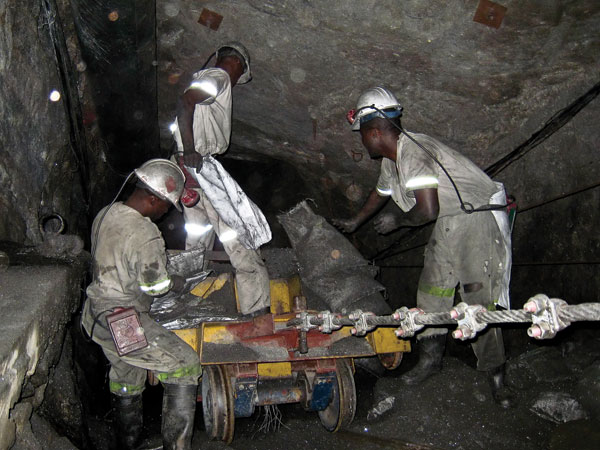 A parliamentary committee tasked to investigate diamonds mining in Tanzania in the central region of Shinyanga has submitted its report for discussion.

The damning report implicates top government officials who it says helped enhance corruption in the sector denying the government much needed revenues.

According to the report, weak mining contracts entered by corrupt government officials with mining companies was a ‘thorn in the flesh’ to the country.

Mr Zungu said that to facilitate corruption in the industry, a government official who he did not mention was given a diamond gift worth million of dollars.

Tanzanian president John Magufuli has criticized mining firms in the country saying that the country is not fully benefiting from the industry.

Then on July 5 the National Assembly formed a nine-man investigative team to review diamonds mining in Tanzania.

And President Magufuli has ordered a review of Petra Diamonds’ (LON:PDL) contract and asked senior officials to resign after the results of the probe.

The ministry of Finance said Saturday it planned to nationalise diamonds of the firm whose value it put at $29.5 million seized at the Dar es Salaam port. It accused the miner of under-declaring its mineral exports.

The diamonds were seized on 31 August as they were being exported by Williamson Diamonds Ltd to Antwerp, Belgium

Meanwhile, a Tanzanian minister who was named in the diamonds mining report has resigned.George Simbachawene, the Minister of State in the President’s Office, had relinquished his post to allow investigations.

In recent days, Tanzania has witnessed sweeping changes to the country’s mining industry spearheaded by President John Magufuli who thinks the country is not benefiting from the sector.

In July, gold miner Acacia Mining says it has received a tax bill that is four times the GDP of Tanzania where it operates, affecting its performance in the stock market.

For news tips write to: info@cceonlinenews.com