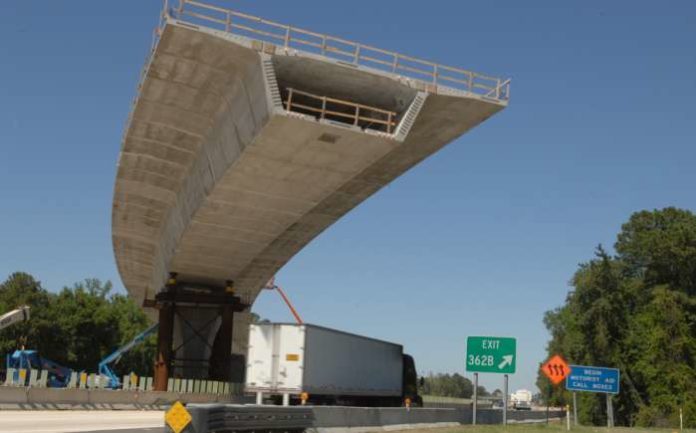 A major flyover in Tanzania-Tazara flyover- is nearing completion and is expected to boost transport in the country, Works, Transport and Communications Minister, Prof Makame Mbarawa, has revealed.

He said that the Tazara flyover along the junction of Nelson Mandela Expressway and Nyerere Road in Dar es Salaam is on course, having reached 45.3 per cent.

Mr Makame was speaking during the inspection of the construction site for the second time, this year.

“I am pleased to see that the project is progressing well and it is in line to the set target of 45.4 per cent as indicated in the timeframe,” he said.

He observed that the progress was an important milestone in the timely completion of the project by end of October 2018. “When I visited the site in February, this year, the construction work was at 25 per cent and up to this juncture another 20 per cent has also been completed.

The contractor has done a commendable job from the quality of the set up structures and seeing through that there are no accidents recorded,” he observed. Prof Mbarawa also pointed out that it was their work to foresee that the work is completed on time, pledging for further supervision to put a push to the contractor to speed up in order to reduce the duration of the project.

“Earlier, completion of the flyover will offset the prevailing costs and time caused by current traffic jams experienced by road users and in turn increase productivity, which means a boost to the country’s economy,” noted the Minister.

The Japanese Ambassador to Tanzania, Mr Masaharu Yoshida, assured the Minister of timely completion of the project while observing the set international standards as per the agreement.

“Our construction company Sumitomo Mitsui in collaboration with JICA and the Tanzania National Roads Agency (TANROADS) are going to work as scheduled and finish this work perfectly,” said Mr Yoshida.

He observed that implementation of the project has not experienced accidents, an extraordinary observation. Funded by the Japanese government through a grant aid and partly the government of Tanzania, the project is expected to cost about 100bn/- upon completion.