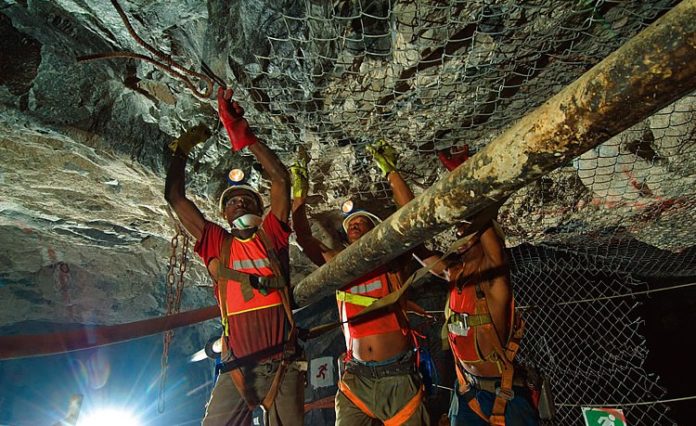 South Africa says it had suspended the controversial Mining Charter  which requires that mining companies increase its black ownership to 30 percent.

Mosebenzi Zwane, mining minister, agreed to stop implementation of the charter while South Africa’s chamber of mines, an industry body, seeks an “urgent interdict” on its provisions in the courts, the chamber said on Friday.

The South African Chamber of Mines, which represents 90 percent of the industry, said the chamber had reached an agreement with South African Mines Minister to suspend the implementation of the Mining Charter until the pending judgment in an urgent interdict application by the industry is finalized.

The Chamber said it had requested the Deputy Judge President of the High Court to allocate a hearing date in September.

The Chamber took South Africa mine’s minister, Mosebenzi Zwane to court early this month to stop the implementation of the law.

“Chamber and the industry is committed to transformation, and stressed that it was imperative that meaningful and lasting transformation be undertaken in a way that it ensures the sustainability and growth of the industry,” Chamber of Mines CEO, Roger Baxter told the media.

The Chamber previously said that Zwane’s new charter was published without the consultation of all stakeholders, including labour and the mining industry.

The Chamber of Mines also argued that it wants to help transform the industry but that this new charter would inflict vast and systemic damage on the mining industry investors and the country itself.

Mining companies were given 12 months to comply with the new charter’s objectives.

On Friday the Chamber of Mines said that Minister Zwane had given a written undertaking that he and the Department of Mineral Resources (DMR) “won’t implement or apply the provisions of the charter, pending judgment in the urgent interdict application brought by the chamber.”

Key aspects of the Mining Charter include an increase in black economic empowerment shareholding of all mines from a previous 26 percent to 30 percent. In addition, 50 percent of all board members and executive management must be black while 70 percent of all mining goods and 80 percent of all services in the mining industry must be procured from Black Economic Empowerment (BEE) entities.