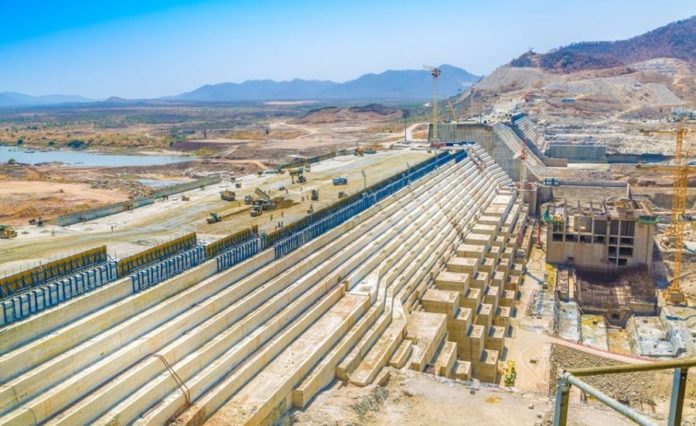 Disagreement over Ethiopia Grand Renaissance Dam(GERD) deepened Saturday with Egypt saying that it is the main party that could be negatively affected by the construction of the Dam if its concerns are not taken into consideration.

Speaking on the sidelines of African Union preparatory meetings, Egypt’s Foreign Minister Sameh Shoukry there was need to holding an urgent meeting of the tripartite committee to follow up on an initial report delivered by foreign consultancy firms that the committee did not settle on till now.

Earlier in June, Egypt said it was still discussing with Ethiopia a report issued by two firms, Arterlia and BRL, tasked with assessing the impact of GERD on downstream countries, with talks being held since April. “The request to ensure a move forward with studies and preparations within the agreed timeframe,” the statement read, with Shoukry calling on his Ethiopian counterpart to respond to the Egyptian demand promptly.

The studies by the French firms, expected to take 11 months from their start date in late 2016, will include the managing of water and hydroelectric resources as well as an assessment of the cross-border environmental, social and economic impact of the mega project. Shoukry stressed that March 2015’s declaration of principles signed between Egypt, Sudan and Ethiopia affirms clearly the necessity of committing to the outcomes of studies on the possible effects of the dam on downstream countries.

“A loss of more time without the conducting of such studies at their specified dates would put the three countries in front of major challenges,” the statement added, with Abu Zeid saying that Shoukry inferred that political intervention would become necessary to put things in order and ensure the completion of ongoing cooperation.

From his side, Gebeheyu affirmed his country’s commitment to cooperation with Egypt to complete the tripartite technical path and finalise studies on time, as well as Addis Ababa’s commitment to the 2015 declaration of principles.

Cairo has expressed concerns that the construction of the dam, which is more than half-way complete, could negatively affect Egypt’s share of Nile water.

Addis Ababa, however, has maintained that the dam project, which Ethiopia says is vital for generating electricity, will not harm downstream countries, with Gebeyehu assuring Egyptians in April during a first-time Cairo visit that Ethiopia will never harm the Egyptian people and their interests.