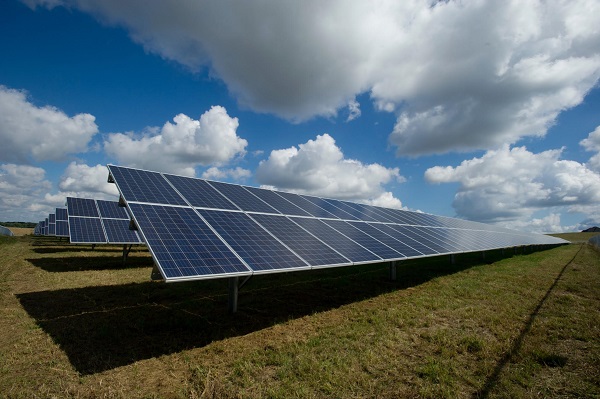 By 2050, it’s expected that Africa will be home to 2 billion people. To secure the necessary socio-economic development of such a large population, the focus of the next few decades must be infrastructural transformation.

Tapping into the continent’s abundant energy resources necessitates a significant financial commitment, however the opportunities for investors are attractive, and many are taking note.

As carbon-neutral initiatives and environmental protection are top priorities for many African governments, harnessing the continent’s capacity to produce renewable energy will catalyse critical improvements that help to transform Africa into a competitive, industrialised global player.

According to the World Economic Forum, clean energy investments in emerging markets and developing economies need to increase sevenfold by 2030 for climate change commitments to be met and the goal of net net-zero emissions to be achieved by 2050.

There has been a marked corporate commitment to transitioning to 100% renewable energy procurement throughout the United States, United Kingdom, and Europe. This trend is only set to continue across all business and industrial sectors, with recent large-scale investments from European countries into African renewable energy projects serving as evidence.

Developing Infrastructure: The role and importance of CCPAs

A CCPA is a long-term power purchasing mechanism between electricity generators and corporate customers that allows customers to buy renewable energy. The outcome is a more certain wholesale price and reassurance for the generator that a predictable energy stream exists, helping to diversify risks and ease access to capital. More importantly, developers are then incentivised to construct new renewable energy infrastructure without leaning on government tariffs.

Of course, for CCPA solutions to take effect in Africa, certain barriers typical of emerging markets need to be tackled, for example:

The wider economic benefits of CCPAs are indisputable, and many African governments are open and welcoming of such partnerships. This is because they recognise that increased deployment of renewable energy and security of supply creates more favourable conditions for trade and industry. A stable energy environment will help the African corporate sector to meet global business standards and integrate with digital supply chains —— all of which reinforce investor confidence.

Africa is breaking away from stereotypes

President of the African Development Bank, Dr Akinwumi Adesina, made several important remarks at a recent international conference, highlighting that the African region has the lowest cumulative debt default rate, second to the Middle East. This serves as evidence that infrastructure as an asset class in Africa is, in fact, not only secure but also profitable.

While the task of accelerating energy infrastructure development in Africa is a mammoth undertaking, with combined efforts from investors, governments and local communities, Africa’s future is certainly a bright one.

The upcoming Africa Energy Indaba is set to empower attendees with insights to leverage significant opportunities that will ultimately accelerate Africa’s energy infrastructure, subsequently transforming the continent into a competitive, industrialised global player.