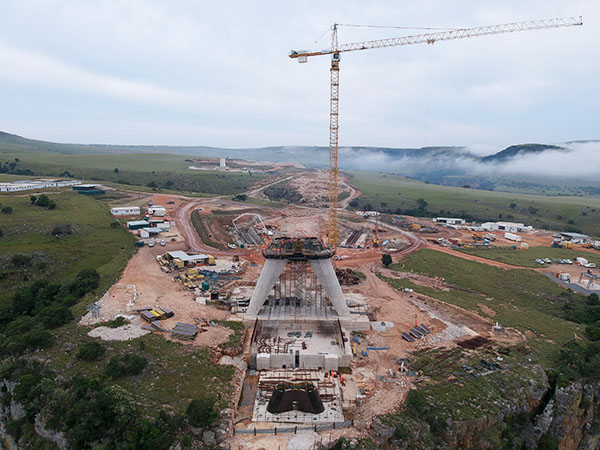 Four of the five tenders, that were cancelled in June 2022, were awarded following an evaluation process conducted by the Development Bank of Southern Africa (DBSA).

And South African Institution of Civil Engineering(SAICE) has written a letter to Cyril Ramaphosa questioning the move.

“In light of the fact that this country has significant work to do in enabling economic recovery – the awarding of up to R6.65 billion worth of Sanral tender funds to foreign contractors is disappointing,” said Professor Marianne Vanderschuren, the Saice president.

Particularly Vanderschuren wants to know whether the foreign companies will honour tender requirement to use local materials and labour.

“Can we be sure that these requirements will be by foreign companies as experiences throughout the rest of Africa do not suggest this.”

In an open letter to president Ramaphosa SAICE wants details regarding the tender adjudication process and the criteria for which these foreign companies were successful in being awarded these tenders.

Further, SAICE seeks clarity on the procurement processes that will govern these infrastructure projects that are key to the economic development of South Africa, and insight into how these processes will be managed to ensure compliance.

But SANRAL has ddefended the move to award the tenders to a Chinese Joint Venture saying South African law did not prohibit any foreign company from doing business in the country.

“Sanral is compelled by law to award to any entity whose performance in the tender process meets the compliance requirements and is the best in terms of relevant points and price,” the agency said in a media statement.

The road agency assured that the companies will comply with the mandatory local content requirement which includes 100% procurement of SA steel and cement, as well as all applicable regulations and legislation particularly environmental, labour and Health and Safety requirements.

“It should be highlighted that both the Mtentu Bridge and EB Cloete Interchange are technically highly complex and challenging projects requiring applicable mega-bridge construction expertise and experience. The Chinese construction industry is one of the leaders in mega bridge building in the world today,” SANRAL said in its clarification.