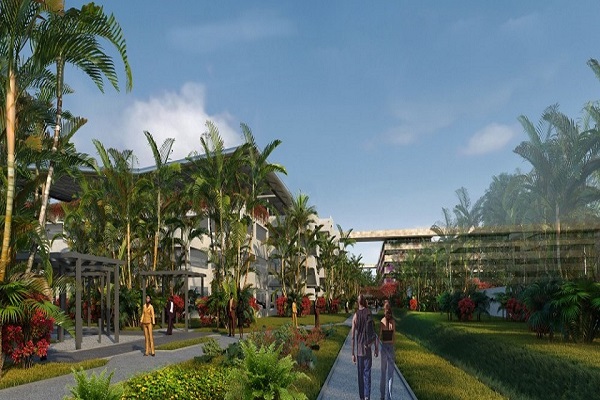 British construction firms in Africa are set to benefit from landmark new deals worth a combined £174.5 million to finance construction projects in Benin and Togo.

The deals, funded by both Deutsche Bank and MUFG Bank and guaranteed by UK Export Finance (UKEF), will be announced by Trade Minister James Duddridge today (19 October) in a speech to the inaugural UK-Francophone West and Central Africa Trade and Investment Forum in London.

The event will bring together senior politicians and business leaders from eight African nations to boost trade and investment opportunities across a continent with an economy worth £2.6 trillion.

The deals come as the government ramps up its support for West and Central Africa trade, reinforcing the UK’s ambition to be Africa’s investment partner of choice.

This landmark finance package will help businesses capitalise on investment prospects, support high-value jobs and provide new opportunities for UK exporters in some of the world’s fastest-growing markets.

UK Export Finance has supported more than £760 million of projects in the Francophone West & Central Africa region in the last year, and we want to do even more. Today’s Forum is another opportunity to show the UK’s ambition to be Africa’s investment partner of choice has never been stronger.

UKEF, the UK’s world-class export credit agency, has guaranteed a landmark £106.5 million loan from Deutsche Bank to the Benin Government which will fund the construction of a new Ministerial City in Benin.

The project will transform the country’s government complex and unlock £35 million in export opportunities for UK businesses, who will supply equipment to Benin for the construction work whilst creating local jobs.

Duddridge will also announce £68.6 million of UKEF-guaranteed financing from MUFG Bank to build a vital new road between Benin and Togo. This will accelerate inter-Africa trade, by opening up routes to dynamic markets, and unlock £47 million worth of UK exports to the region.

At the same time, the road will connect over 200,000 people living in Togo’s Central Region with safer and crucial transport links to Benin.

UK Export Finance has witnessed a growing interest in French-speaking West and Central African markets – an appetite which has seen consistent year on year increases.

This project is part of Togo’s Wider Road Infrastructure plan. Our government continues to make strategic investments in infrastructure to build and maintain a road network that not only helps move people and goods, but also stimulates growth in relevant cities.

UKEF participation confirms the project strength and viability and through its expertise, the parties were able to put in place an affordable financing solution that will make this priority project a success for Togo’s economy.

The UK was Europe’s top investor in Africa this year, according to the UN Conference on Trade and Development’s 2022 world investment report.

Today’s new UKEF deals build on £3.2 billion of support for projects across the continent in the past two years, with even more deals expected in the year ahead.